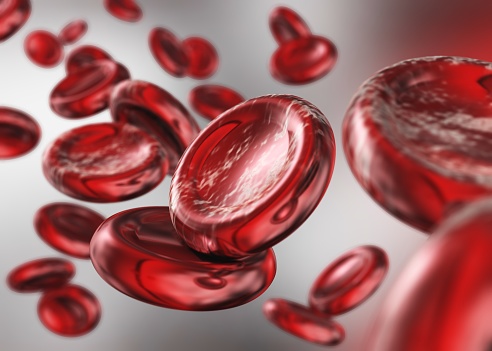 The way the body transports precious oxygen to tissue all around the body is through the utilization of hemoglobin found in your blood stream. Oxygen is vital for our survival as humans, and according to a new study, stress that humans experience every day may be a driving force behind hemoglobin production.

In a research study published in the journal Cell Research, researchers at the University of Jerusalem have reportedly discovered an entirely new mechanism through which globin genes (involved in the production of hemoglobin) are expressed, of which stress is an absolute requirement for hemoglobin production.

Current knowledge of how hemoglobin is produced dictates that DNA of the globin gene is first transcribed into a long RNA molecule and then long segments are spliced out or excised, leaving an RNA template for protein synthesis in the red cell.

The research team lead by Prof. Raymond Kaempfer reported that for each of the adult and fetal globin genes, the splicing of its RNA is strictly controlled by an intracellular stress signal. This signal involves an enzyme present in every cell in the body, called PKR, that remains silent unless activated by a specific RNA structure thought to occur only in RNA made by viruses. But what Kaempher and his team discovered was that the long RNAs transcribed from the globin genes each contained a short intrinsic RNA element that is capable of strongly activating PKR. Once activated PKR will undergo phosphorylation into a key initiation factor needed for the synthesis of all proteins, called EIF2-alpha, which in turn leads to the inactivation of eIF2 alpha, resulting in a block in protein synthesis.

This process is essential for coping with stress. Furthermore, the team discovered that once PKR is activated, it must phosphorylate eIF2-alpha and that phosphorylated eIF2-alpha is essential to form the machinery need to splice globin RNA. During this splicing process, removal of an internal RNA segment causes the mature RNA product to refold such that it no longer will activate PKR, now allowing for unimpeded synthesis on this RNA of the essential globin protein chains at maximal rates, allowing for effective oxygen breathing.
“Surprisingly, we have revealed an entirely new mechanism through which hemoglobin gene expression is regulated by stress. An intracellular signal, essential for coping with stress, is absolutely necessary to allow for hemoglobin production. That stress signal is activated by the hemoglobin gene itself. Although we have long known that this signal strongly inhibits protein synthesis in general, during hemoglobin gene expression it first plays its indispensable, positive role before being turned off promptly to allow for massive hemoglobin formation needed for breathing,” said Prof. Raymond Kaempfer.

By discovering this process of human RNA globin splicing, and demonstrating a positive role for PKR activation and eIF2-alpha phosphorylation, the team has made great strides in the realization that stress is not only important but also essential, having significant implications for how we understand hemoglobin expression.

“What this boils down to is that even at the cellular level, stress and the ability to mount a stress response are essential to our survival. We have long known this in relation to other biological processes, and now we see that it is at play even for the tiny molecules that carry oxygen in our blood,” said Prof. Kaempfer.

Getting your greens may reduce stress: Study