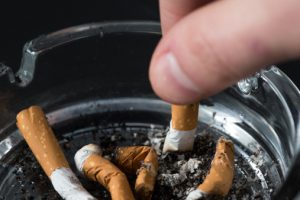 Depression after a heart attack can be combated by quitting smoking and getting regular exercise, according to new findings. The research was conducted by the European Society of Cardiology. Dr. Manuela Abreu from the University of Lisbon, Portugal, said, “Depression is almost three times more common in people who have had a heart attack than in those who haven’t. Cardiac rehabilitation with aerobic exercise can reduce depressive symptoms and improve cardiovascular fitness.”

Dr. David Nanchen from the University of Lausanne, Switzerland, added, “Patients who are depressed after a heart attack have a two-fold risk of having another heart attack or dying compared to those who are not depressed.”

Dr. Nanchen studied 1,164 patients and assessed them for depression after one year of the study.

After a one-year time period 27 percent of heart attack patients had depression and 11 percent had improved depression. Those with depression were less likely to be married and more likely to have diabetes and be smokers compared to those who did not have depression.

Smoking cessation showed to have the strongest association with depression improvement. Furthermore, those who increased their physical activity also improved their depression outcomes when compared to those who did not incorporate exercise.

Dr. Nanchen added, “”Heart attack patients who smoke and are depressed are much more likely to improve their depression if they kick the habit. While our observational study was unable to find an impact of exercise after heart attack on depressive symptoms, we did show that patients who were already physically active were more able to improve their depression. We believe that the benefits of exercise after heart attack would be shown in a randomized trial, but such a study is difficult to perform for ethical reasons.”

Symptoms of depression can differ in cardiac patients as they would in others, as Dr. Abreu added, “Frequently they don’t say they feel sad or hopeless but instead complain of insomnia, fatigue or body pain. The different clinical presentation contributes to the under-diagnosis of depression in cardiac patients. Depression after a heart attack can lead to poor adherence to treatment, skipping medical appointments, smoking, sedentary lifestyle, unhealthy diet, social isolation, and poor self esteem.”

Dr. Nanchen concluded, “You should do moderate to vigorous aerobic exercise for 30 minutes at least three times a week to be within recommended levels. Make sure you are working hard enough to break out in a sweat. This level of physical activity is good for your mental and physical health.”