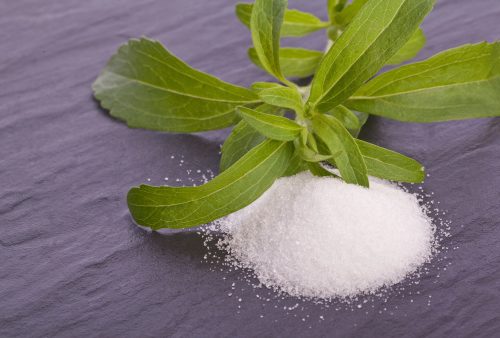 If you have tried the sugar alternative stevia, you may have noticed the bitter aftertaste. Well, by changing stevia physically, Cornell food scientists were able to make it sweeter and more enjoyable. Many people made the switch to stevia because it is a calorie-free alternative to sugar, but its bitterness and aftertaste was often a deterrent.

The scientists worked on a compound of stevia known as rebaudioside A (also known as Reb A), the glycoside molecule that provides a sugary flavor but leaves a bitter aftertaste.  The researchers modified Reb A by applying “hydrophobic effects” to its bovine serum albumin protein, which creates a stable Reb A-protein complex. This combination removes stevia’s bitter components, so the human tongue can no longer pick up on them.

The researchers tested to modified stevia in orange juice and found it remained intact. The improved stevia may encourage more food manufacturers to begin opting for stevia instead of sugar.