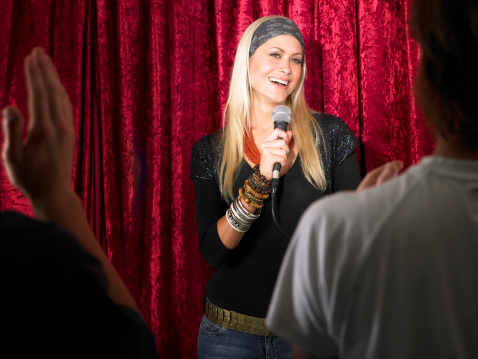 Research shows that comedians have a shorter lifespan than other actors, which begs the question – does comedy kill? Lead researcher Simon Stewart said, “The results point to a need for awareness of health and well-being concerns in the entertainment industry, and in elite comedians in particular.”

Among highlighted reasons for the shorter lifespan are high stress, risky behaviors, and irregular schedules.

The researchers analyzed those who had passed away in each group and found stand-up comics die at a younger age. The average lifespan for stand-up comics was 67 years, compared to 69 years for comedic actors and 71 among dramatic actors.

The researchers then factored in birth date and life expectancy and found that of the 36 comics who had passed away, 39 percent died prematurely. On the other hand, only 20 percent of the 56 dramatic actors died too early.

Further findings indicated that stand-up comics accounted for four out of nine drug-related deaths and were more likely to commit suicide than other performers. Additionally, higher ranked comics had the shortest lifespan, but this trend was reversed when it came to dramatic and comedic actors.
Stewart commented, “Indeed, the data confirmed an adverse relationship between comedic ability and longevity, with elite stand-up comedians more highly rated by the public more likely to die prematurely.”

Bipolar disorders are seen in higher rates among comedians, and the profession itself is associated with many years of job insecurity, resulting in high levels of stress.

Furthermore, stand-up comics usually work at the clubs and bars where rates of drinking and drug use is high. Combined with extensive travel and irregular work schedules, these behaviors could negatively affect their sleeping, eating, and exercise habits. This, in turn, could lead to chronic health issues, such as high blood pressure, high blood sugar, obesity, and heart disease, all of which can contribute to early death.

The findings were published in the International Journal of Cardiology.