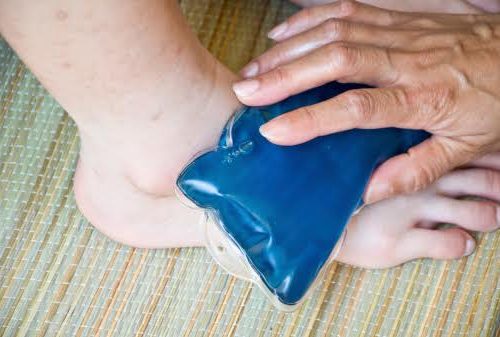 Although the study does not demonstrate any cause and effect, it does stress the importance of proper rehabilitation of such an injury.

Study author Phillip Gribble said, “What is concerning is these differences are presenting across the life span — especially during the critical middle age years when our risk for these diseases begins to increase.”
The survey involved 3,500 adults of which 1,800  experienced a sprain or other ankle injury at some point in their lives. Respondents who experienced an ankle injury were more likely to report that they were somewhat or completely limited in their daily activities, compared to respondents without such injury. Moderate to severe body pain was seen to be higher, too.

The findings also revealed higher rates of respiratory and heart ailments among those with ankle injuries, compared to those without. Furthermore, and not surprisingly, arthritis was also seen to be higher among ankle injuries.

Gribble added, “In isolation, ankle injuries are seen as relatively benign and inconsequential injuries. This is not just a problem for athletes, as a large percentage of the population reports chronic ankle issues.”

“Better efforts are needed to prevent the initial injuries, and also to introduce improved interventions post-injury, to reduce the high rate of chronicity we see in ankle injury patients,” Gribble concluded.

Some tips  the researchers suggest for aiding in ankle injury recovery include allowing the ankle to recover by resting it as much as possible, using crutches to alleviate added pressure and to assist in walking, and conducting exercises under guided supervision of a physical therapist to strengthen the ankle without promoting further injury.

Sprained ankle risk may be influenced by foot positioning during walking, running

Sprained ankle risk may be influenced by foot positioning during walking and running. The findings from researchers at the University of Georgia found that the position of the foot when walking or running could greatly affect the likelihood of spraining the ankle. Continue reading…

Clonus is a condition that results in involuntary muscle spasms and most commonly affects the muscles at the end of a limb. Clonus can be a condition in itself, or it can be a symptom of another condition. Continue reading…