Home » Health News » Spicing Up Life Could Extend It 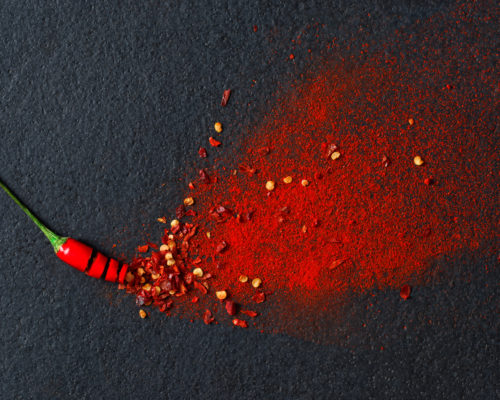 Most people don’t think about more than their tastebuds when eating their favorite curry or chili. But guess what? Those spicy delights could help extend your life or serve as a valuable anti-aging tool.

New research is showing chili peppers could help reduce the risk of death from heart disease and several other causes.

If you were looking for an excuse to eat a hot bowl of chili a little more often this fall, you might have found it.

Researchers from the Cleveland Clinic reviewed health and dietary records from more than 500,000 participants in four extensive studies that took place in the United States, Italy, China, and Iran.

They learned that people who ate chili peppers were healthier than those that didn’t.

How did chili pepper intake influence health? Those that ate the most experienced a 26% reduction in death from heart-related death and a 25% reduction in overall mortality.

Frankly, chili eaters were found to live longer than those who ate them rarely or never.

Other studies have found similar effects.

What makes this study particularly unique is that trends were consistent across the continents despite dietary and cultural differences.

Chili’s benefits likely come from a bioactive compound called capsaicin. Capsaicin causes the peppers’ spiciness, and it may possess antioxidant and anti-inflammatory capabilities.

The peppers are also a good source of heart-healthy nutrients like potassium, fiber, vitamin A, vitamin B6, and vitamin E. They may also help heart health by serving as a flavorful alternative to salt in a number of recipes.

Of course, how you eat chili can play a role. If you’re using it to add flavor to a bread or chip dip, it might lose some of its benefits. Instead, use it to enhance the flavor of already healthy meals.

So, what might some healthy chili-pepper meals look like? It really varies. The good thing is no matter what kind of food you like, chili can fit in easily. Some great dishes include: