Home » Healthy Eating » This oil is worse for you than sugar 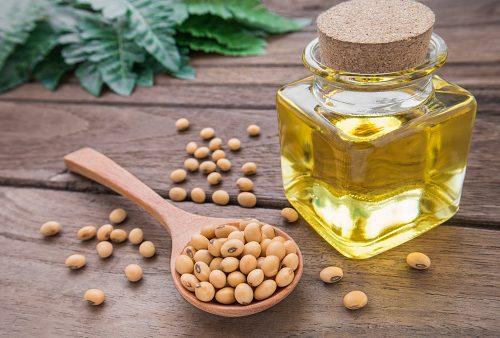 Sugar has a bad reputation, and for good reason. Not only can sugar contribute to type 2 diabetes, but it has been linked to many other health complications. The verdict is in and sugar is definitely out. But new research suggests this oil is worse for you than sugar. So what’s the biggest food villain out there? It’s soybean oil.

Recently published in the journal PLoS One, researchers uncovered that soybean oil is far worse for you than sugar. To come to their findings, researchers fed mice a series of diets consisting of 40 percent fat. The first diet consisted of mainly saturated fat from coconut oil. The second diet was unsaturated fat stemming from soybean oil. Mice were also fed alternative diets of high-fat containing fructose.

Researchers believed the mice who were fed the fructose diet would gain the most weight, but to their surprise the results showed otherwise. It was in fact the mice who consumed the soybean oil that gained the most amount of weight. In comparison to the other diets, mice who were fed soybean oil gained nine percent more weight than the fructose group and 25 percent more weight than the coconut oil group. Furthermore, these mice had fattier livers and insulin resistance – both early signs of diabetes and metabolic syndrome.

Although researchers are still unclear as to what exactly makes soybean oil so unhealthy, they suggest soybean oil affects the genes that determine how the liver metabolizes fat.

If you’re skeptical that a study like this can’t hold true because it was conducted on mice, know this: The mice were given dosages of each fat in current amounts of what average U.S. adults consume. Furthermore, genes in mice livers and humans are similar.

The right cooking oil for the best health benefits

When it comes to oil, especially ones for cooking, it seems the health advice is all over the map. This can make it difficult to choose a good cooking oil. With so many oils on the market it can get overwhelming just picking up something to cook with. We are here to offer you a comprehensive guide to the best cooking oils to use for better health. Continue reading…