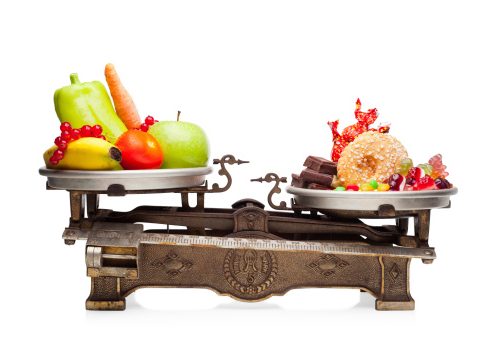 For good cardiovascular health and renal health you need a proper sodium potassium balance in your diet. Balanced sodium and potassium levels have been shown to lower blood pressure and lower your risk of heart disease, heart attack and stroke. Unfortunately, the typical American diet contains too much sodium, which can lead to an unbalance between the two.

Dietary recommendations of sodium intake are between 1.5 and 2.4 grams of sodium a day. To put this into perspective, a teaspoon of salt contains 2.3 grams of sodium, so that alone already puts you at your daily limit. The recommended intake for potassium is 4,700 milligrams, but unfortunately with the typical American diet we are consuming only 2,500 milligrams of potassium and 3.6 grams of salt. This reveals that many of us do not have the right balance between sodium and potassium, and that is what could be putting our cardiovascular health at risk.

You have probably been told over and over to reduce your salt intake – more so if you have hypertension or other heart related problems. Unfortunately, salt is everywhere and in abundance in restaurants and fast food chains, which many of us frequent.

According to recent research, Americans are consuming a lot of potatoes. Indeed, potatoes are a good source of potassium, but we are eating potatoes in french fry and chip form, which means the potassium becomes negated and completely masked by an overindulgence of salt.

Harvard T.H. Chan School of Public Health suggests switching from regular table salt to a potassium-based salt as a means of creating more of a balance.

Health problems due to sodium potassium imbalance in diet 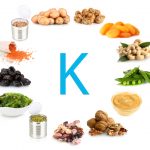 Numerous studies have found links between poor health conditions and a sodium potassium imbalance. In one study, which examined 12,267 adults, higher sodium intake was linked to an increased risk of death, while higher potassium was associated with a lower risk of death. On the other hand, potassium intake was found to be linked with cardiovascular and coronary mortality. Worsened outcomes were seen with higher sodium-potassium ratios.

Another four-year long observational study on 100,000 people across 17 countries linked high sodium intake with increased blood pressure. When the participants had potassium these effects were offset. The researchers of the study did go on to recommend that instead of setting out limits, populations should aim for balance, and instead of cutting back on sodium, we should find ways to increase potassium.

There is clear evidence that sodium and potassium play a role in cardiovascular health, and there is a strong importance in maintaining a proper balance.

Our bodies actually require salt, so don’t think you can eliminate it all together as a sure-fire way to be healthy. The key here is balance, specifically a good balance between salt and potassium for blood pressure. For this reason, sodium intake can also negatively impact the kidneys as well.

Diet plays a large role in our sodium and potassium balance because we intake additional potassium and sodium in foods we eat. This is why it’s important to eat the right foods to boost potassium and minimize sodium – while still maintaining a healthy balance. 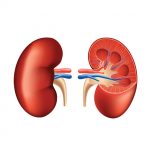 On average the participants consumed much more sodium than the recommended amounts – 1,300 milligrams more. All 4,000 participants had kidney disease at the start of the study.

Improving the sodium potassium balance in your diet

A good way to create better balance between sodium and potassium is through diet. In order to be successful, though, you need to know which foods are high in potassium and low in sodium. Below are a list of fo 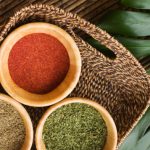 ods you should enjoy in order to obtain a better sodium potassium balance.

Another good way to improve your diet and ensure a better potassium sodium balance is to cook and prepare more meals at home. Restaurants and fast food chains put high amounts of sodium in their meals. Take the time to prepare food at home so you can season it yourself.

Furthermore, when cooking you may feel obliged to add salt for flavor – you don’t need to do this. Sure, you can add in a pinch here or there, but other herbs and spices are an even better way to flavor and season foods. Additionally, many herbs and spices can provide you with more health benefits than salt can. Testing out recipes and spices will help you become more familiar with what’s available and what works best with your tastes.

Muscle cramps? You may be low on potassium