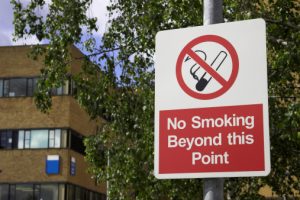 Study author, Mike Vuolo, said, “Both taxes and bans have their place. But bans might stop casual smokers from becoming heavy tobacco users. If you think of casual smoking as the beginning of the path to addiction, then bans might be the way to go.”

“There’s a lot of evidence that casual, social smokers are influenced by their environment. If they can’t smoke inside with their friends at a restaurant or bar, they may choose not to smoke at all,” Vuolo added.

The study looked at 4,300 people aged 19 to 31 in 487 cities who were all interviewed. A combination of smoking ban and higher taxes was not found to be more effective than each initiative on its own.

During the study period smoking bans in many cities rose from 15 percent to 59 percent and taxes rose from 81 cents to $1.65 a pack.