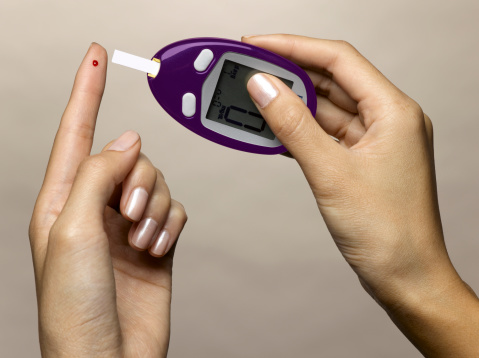 A new “smart patch” is being developed by researchers that will make insulin dosing for those with diabetes much easier. The patch is to be worn on the skin and is covered in microneedles that painlessly release insulin into the bloodstream to help manage glucose levels.

The microneedles are filled with small insulin-filled pouches that disintegrate quickly, releasing the insulin into the blood stream as a response to rising glucose levels. So far, the device has only been tested on mice, but it has revealed promising results. The mice wore the patches, and when injected with glucose, an initial blood sugar spike was reported, although it soon dropped off to normal levels within two hours.

Those with type 1 diabetes are unable to produce insulin naturally, and as such, their glucose or blood sugar levels rise. Similarly, those with type 2 diabetes cannot use the insulin produced within their bodies properly, also leading to a buildup of glucose, as insulin is what manages these levels.

Normally, diabetes patients need to take regular blood samples to check blood sugar levels, and some are required to inject themselves with insulin to manage their glucose. This allows for a higher degree of human error, as miscalculating the amount of insulin needed or forgetting a dose can lead to glucose buildup, which may result in heart disease, stroke, and even blindness if left unchecked.
The development of this patch is a breakthrough for those managing their diabetes with constant vigilance and insulin injections. The painless addition of insulin to the blood stream as a direct response to rising glucose levels eliminates the need for painful injections and constant monitoring of blood sugar levels, making living with diabetes much easier.

While more research must be completed in order to observe how the patch works on human subjects, the results witnessed in mice are promising and could potentially lead to a better quality of life for diabetics.