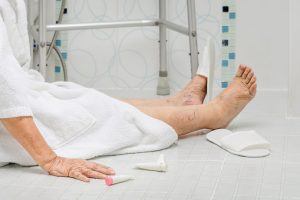 Getting adequate amounts of rest has been known to play an important role in memory processing and consolidation as well as affecting mood, motivation, judgement, and our perception of events. However, it is estimated that about 50 to 70 million U.S. adults have some sort of sleep disorder, with 35.3 percent reporting less than seven hours of sleep during a typical 24-hour period. This has led most people to seek medical help, resulting in the prescription of sleeping pills. There are some unfortunate consequences to this, as according to a new study, older people are at greater risk of hip fractures for two weeks after starting prescription sleeping pills.

Experiencing a fall as a senior can lead to bone fractures that can prove quite disabling and potentially fatal in some cases. The use of prescription medication such as benzodiazepines, which may go by the brand names Valium or Ativan—or newer alternatives such as Ambien, Sonata or Lunesta—are prescribed with the express purpose of helping one go to sleep and are essentially sedating agents. When given to older individuals who may already have weak or brittle bones, it can increase the risk of dangerous falling episodes.

Studies conducted at the Cardiff University’s School of Medicine and the Institute of Psychiatry in the United Kingdom have seen a significant increase in the risk of hip fracture when newly prescribed sleeping pills are given to the older demographic due to daytime drowsiness, delayed reaction times, and impaired balance. This trend occurs in the U.S. as well, as many doctors see a familiar connection.
“The link between hip fracture and the use of Valium, Ativan, and other benzodiazepine sleeping pills became apparent as early as the 1970s. These hip fractures resulted in the mortality of anywhere from 20 percent to 50 percent of these patients with permanent disability in a significant number of survivors,” said Dr. Alan Mensch at Northwell Health’s Plainview and Syosset Hospitals in New York.

The study in question used data from 18 studies on sleeping pills and hip fractures. Each study had participants ranging from 500 to more than 900,000 people with an age range over 65 years. The researchers discovered that new users of sleeping pills had a fracture rate nearly 2.5 times greater than their peers who were not taking sleeping aids. However, this risk did subside over time, but was never eliminated completely. It was estimated that those who used the drug for 15 to 30 days had an estimated 53 percent increase in their hip fracture rate, with that rate falling to 20 percent after this period, compared to people not taking the medications.

The researchers of the study feel that doctors need to be more aware when prescribing sleep aid medications to older patients. They even go as far as suggesting the implementation of strength training to improve fragility, removal of hazards at home, and vision assessment and correction before using such medication. Even the use of non-pharmacological alternatives might prove to be helpful, such as exercising several hours before bed, and avoiding caffeine consumption after 3:00 p.m.