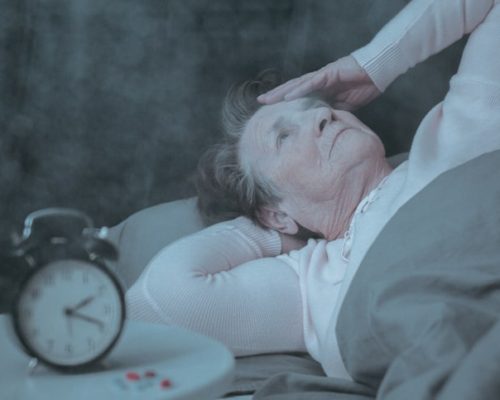 Death is an inevitable part of life, and with it comes the grief we feel when we lose someone we love. Because of this inevitability, how grief affects our health has become the topic of recent research.

In a new study, it was found that the existence of both grief and sleep disturbances can cause adverse effects on one’s health. The researchers from Rice University and Northwestern University compared the effects of sleep disturbances on participants who had recently experienced the loss of a spouse and on a control group who had not.

There were 101 participants included in the study with an average age of 67. Through the use of obituaries, the researchers were able to identify recently widowed participants for the experimental group. The control group was made up of people with previously diagnosed sleep disturbances, but who were not recently bereaved.

The participants provided self-reported data on the severity and nature of their sleep disturbances, such as insomnia or sleep apnea. The researchers measured the participants’ levels of inflammation by analyzing their proinflammatory cytokines. The presence of proinflammatory cytokines are beneficial for disease-fighting in the short term, but can become a risk factor for diseases, including cardiovascular disease, in the long term.

What the researchers found was that the participants who were experiencing grief over their recently departed spouse were more likely to have increased levels of inflammation, which can indicate an elevated risk for cardiovascular disease. Inflammation was two to three times higher in the group of grieving participants compared to the control group.

“The death of a spouse is an acutely stressful event and they have to adapt to living without the support of the spouse,” said co-author of the study, Diana Chirinos. “Add sleep disturbance to their already stressful situation and you double the stressor. As a result, their immune system is more overactivated.”

Chirinos had previously spent time analyzing inflammation in bereaved individuals and had found similar results of increased inflammation in this group. Her research has established that the first six months after a spouse has died are the most dangerous for the widow or widower.

During this time period, the living spouse has a 41 percent increased risk of death. Subsequent deaths of a living spouse are caused by cardiovascular-related illnesses and events 53 percent of the time within the first six months after the loss of a spouse.

Before this current study, however, the exact causes of this increased risk and decline in health was unknown. “Now we know it’s not the grief itself; it is the sleep disturbance that arises from that grief,” said Chirinos.

This research has important revelations about the nature of inflammation and how it can be affected by human behaviors and emotions. It also adds to the growing canon of research on the effects of grief on human health. In the future, these findings could help to support new innovations for the treatment of mental and physical health to grieving spouses.