Home » Brain Function » Sleep is a collective effort by the brain 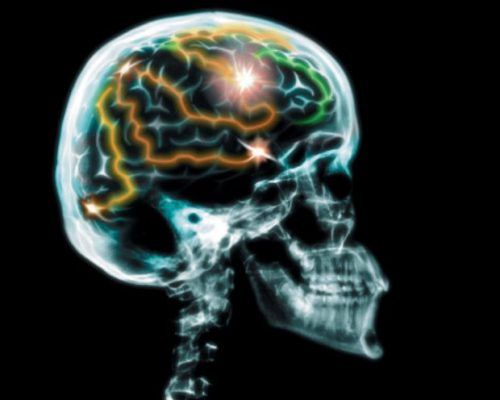 Despite all of our knowledge about sleep, we still don’t know the exact reason why we do it. Sure, we can measure brain waves and appreciate its restorative effects, but why do we need to be unconscious and follow the sun to help initiate the process? These are just some of the questions investigated by a team of scientists curious about the mysterious act of sleeping.

Changes that sleep causes during sleep

It is estimated that we spend at least a third of our lives sleeping, with every animal on the planet needing sleep in order to function properly. Our brain is without question the central hub for all consciousness, however, when we are asleep, our brain activity is drastically altered.

To help better explore the intricacies of how the brain switches between wakefulness and sleep, the research team used a type of roundworm for their study.

These animals were chosen for their simplistic nervous system, consisting of 302 neurons.

Their finding suggests that the brain spontaneously reaches a ground state in tired animals when strong external stimuli from the environment are absent. That is to say that arousal is a state that needs to be stimulated, pushing the brain into wakefulness. If a tired brain is left undisturbed, it will fall back asleep. The researchers describe this as the “attractor mechanism.”

“We propose this attractor mechanism as an efficient means how overarching states like sleep and wakefulness can propagate throughout an entire brain,” said Manuel Zimmer, a neurobiologist and lead researcher on the study.


Neurons all work together for sleeping and waking

Neuronal brain activity of the roundworms was recorded while they switched between sleep and wakefulness. It was discovered that during sleep, most nerve cells that are vigorously active during wakefulness become silent. However, a few specific types of nerve cells remained alert.

Of these nerve cells, one termed RIS was previously shown to promote sleep by excreting asleep substance. The researchers found that in some worms, RIS was already elevated while they were still awake, making the animal prone to sleepiness.

RIS activity could possibly be a measure of how tired the brain is.

Interestingly, the researchers found that neuronal activity during sleep reached a quiet and steady state. This was not expected, as they assumed that RIS activity would force the nervous system into a resting state. Instead, they observed more of a collective action of all cells, with the RIS nerve cells acting as a mediator.

While the brains of humans and roundworms are worlds apart in terms of differences, the results of this study serve to represent a basic model of an animal’s brain, helping to better understand the fundamental principles of how sleep affects the brain.