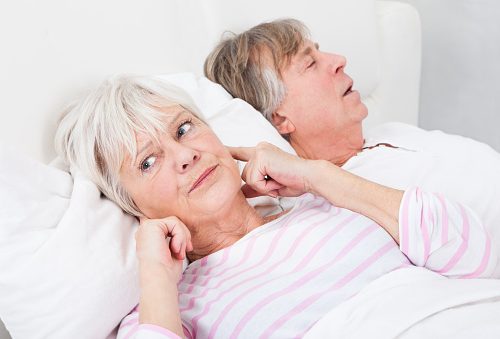 A new study on sleep apnea revealed that it can have an impact on the brain, including mood and thinking ability. Lead researcher Paul Macey said, “In previous studies, we’ve seen structural changes in the brain due to sleep apnea, but in this study we actually found substantial differences in … two chemicals that influence how the brain is working.”

The researchers suggest the findings could help explain why sleep apnea patients have symptoms that affect their daily lives, but they could not prove that the altered levels of brain chemicals actually cause thinking and memory problems.

Macey added, “It is rare to have this size of difference in biological measures. We expected an increase in the glutamate, because it is a chemical that causes damage in high doses and we have already seen brain damage from sleep apnea. What we were surprised to see was the drop in GABA. That made us realize that there must be a reorganization of how the brain is working.”

Macey concluded, “What comes with sleep apnea are these changes in the brain, so in addition to prescribing continuous positive airway pressure, or CPAP, a machine used to help an individual sleep easier … physicians now know to pay attention to helping their patients who have these other symptoms. Stress, concentration, memory loss — these are the things people want fixed.”

Future studies will explore whether the treatment for sleep apnea could also help normalize brain chemicals.