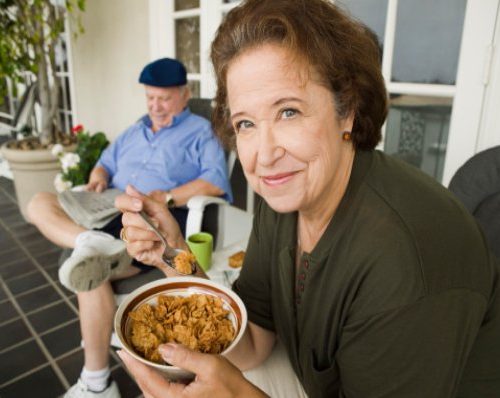 Breakfast is the most important meal of the day. It provides you with energy, keeps you satiated, and prevents you from eating more than you normally would later. However, many people today skip breakfast entirely, possibly due to not having enough time, or because they are simply not hungry.

This would be a mistake, according to a new study, as skipping breakfast is associated with an increased risk of atherosclerosis (hardening and narrowing of the arteries). Previous studies have even linked skipping the meal to coronary heart disease risk.

“People who regularly skip breakfast likely have an overall unhealthy lifestyle. This study provides evidence that this is one bad habit people can proactively change to reduce their risk for heart disease,” said study author Valentin Fuster, MD, Ph.D., MACC director of Mount Sinai Heart and editor-in-chief of the Journal of the American College of Cardiology.

The study in question examined a total of 4,052 male and female volunteers who did not have any pre-existing cardiovascular or chronic kidney disease. A computerized questionnaire was given to estimate what the participants typically ate. Breakfast patterns were based on the percentage of total daily energy intake consumed at breakfast.

Among all the participants, it was found that those who skipped breakfast were more frequently observed to have atherosclerosis. However, atherosclerosis was also seen to be higher in those who regularly ate a low-energy breakfast. Both of these were in comparison to regular breakfast eaters.

Skipping breakfast was also seen to be associated with a poor diet overall, frequent alcohol consumption, and smoking. These participants were also more likely to have high blood pressure and be overweight or obese.

“Aside from the direct association with cardiovascular risk factors, skipping breakfast might serve as a marker for a general unhealthy diet or lifestyle, which in turn is associated with the development and progression of atherosclerosis. Our findings are important for health professionals and might be used as a simple message for lifestyle-based interventions and public health strategies, as well as informing dietary recommendations and guidelines,” said Jose L. Peñalvo, Ph.D., assistant professor at the Friedman School of Nutrition Science and Policy at Tufts University and the senior author of the study.

Related: 16 superfoods for a healthy heart

The best and worst foods to eat after 50