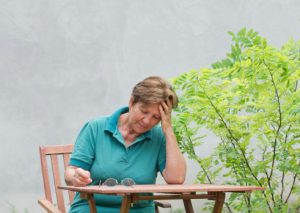 We all know that poor sleep habits contribute to poor health, and now research shows that bad sleep can result in signs of heart disease.

This Wednesday’s edition of the journal Arteriosclerosis, Thrombosis and Vascular Biology carries a study revealing that early warning signs of heart disease are a result of poor sleep habits.

According to co-lead author Dr. Chan-Won Kim, not getting enough sleep is a common problem and a possible source of poor health, including visible signs of disease, such as heart attack. Dr. Kim is a clinical associate professor in the Center for Cohort Studies at Kangbuk Samsun Hospital, Sungkyunkwan University School of Medicine in Seoul, South Korea.

As part of the study, the researchers analyzed the medical records of nearly 50,000 adults. The aim of the study was to find a correlation between the levels of coronary artery calcification (CAC) and arterial stiffness and the patients’ sleeping habits – as detailed via a questionnaire. Both CAC and arterial stiffness are known to predict future coronary disease and related heart conditions because calcium is deposited in the arteries as they become clogged with plaque.

The results of the study showed that people who reported only five hours of sleep every night had 50 percent more calcium in their arteries than people with seven hours of sleep. However, those people who slept nine or more hours had around 70 percent more calcium. Clearly, inadequate sleep and too much sleep contribute to arterial calcium deposits. So poor sleep can encompass too little as well as too much sleep. The researchers also noted that those who reported poor sleep quality had about 20 percent more coronary calcium than those who slept soundly.

Taking all parameters into consideration the team found the least levels of vascular disease in adults who slept seven hours and reported good sleep quality.

The study has its limitations because when people are asked to self-report how long and how well they sleep, there’s a chance of error; people frequently downplay how poorly they’re actually sleeping.

But in spite of these limitations, the team came to the conclusion that their findings underscore the importance of an adequate quantity and quality of sleep to maintain cardiovascular health. The researchers hope their study will lead clinicians to consider poor sleeping habits as one of the important heart disease risk factors.