Home » Health News » Should You Be on a Gluten-Free Diet? 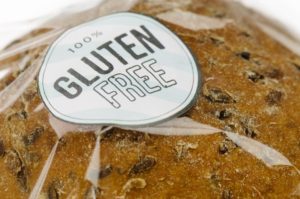 A gluten-free diet sounds like a pretty good idea, right?

Not exactly. The truth is that a gluten-free diet is neither good nor bad on its own. It all depends on who’s eating it.

A gluten-free diet is a good idea if you have celiac disease, a condition affecting roughly 1 in 100 people worldwide. Celiac disease is a long-term autoimmune disorder primarily affecting the small intestine. It creates an immune reaction to eating gluten, a plant protein found in wheat, and the symptoms are severe. In fact, as of this writing, the only recommended treatment for celiac disease is to adopt a gluten-free diet.

Other people who might want to avoid gluten are those who get a rash after eating it (dermatitis herpetiformis), have a wheat allergy, or experience painful symptoms after eating it.

For everybody else, a gluten-free diet probably isn’t doing much for you and could even put your health at risk.

Gluten is a protein that’s found naturally in some grains like wheat, barley, rye, and spelt. Its main job is to bind food together and provide a bit of a stretchy quality. There is no reason to exclude it from your diet if you’re not celiac. Research has even suggested that non-celiacs that don’t consume gluten may increase their risk for heart disease. This is because avoiding gluten could lead to a lack of dietary whole grains, which are rich in vitamins, minerals, and fiber.

It’s also possible that gluten acts as a prebiotic, which feeds good bacteria in the gut. A lack of healthy gut bacteria is associated with a host of gastrointestinal diseases including inflammatory bowel disease, irritable bowel disease, and more.

A gluten-free diet is unlikely to limit bloating, promote weight loss, or any other benefits that are often hyped-up online. Put simply, only a very small segment of the population will benefit from going gluten-free.

If you do go gluten-free, some nutrient-dense whole grains don’t have it. They include:

And remember—gluten-free cookies, chips, and other processed gluten-free items are not health foods!