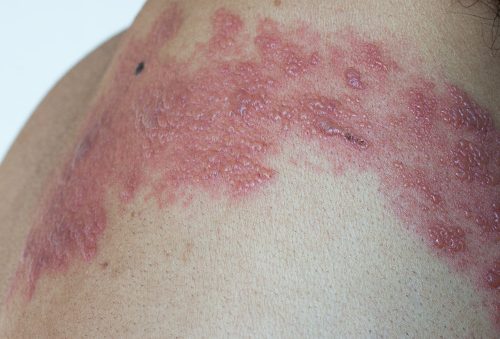 Shingles raises short-term stroke and myocardial infarction risk in elderly. The findings published in the Mayo Clinic Proceedings found that seniors over the age of 50 have a 50 percent higher risk of stroke up to 90 days after a shingles episode. One-third of the 95 percent of individuals with the chickenpox virus will develop shingles.

Shingles is a result of the reactivation of the chickenpox virus, which causes a painful skin rash on certain areas of the body – primarily, the face. Shingles commonly occurs in the elderly or those with weakened immune systems, but anyone who has had the chickenpox can eventually develop shingles. Studies in Europe and Asia has found a link between shingles and an increased risk of stroke, but no prior research has been conducted in the U.S.

For the study, researchers looked at the risk of stroke and myocardial infarction in a U.S. community-based population, which consisted of over 5,000 adults over the age of 50 with confirmed shingles. These were matched with same-age, same-gender cohorts with no history of shingles.

Lead investigator Dr. Barbara P. Yawn said, “We found there was a 50 percent increased risk of stroke for three months after shingles, but we also found that people who had shingles had many more risk factors for stroke than those who had not, suggesting they had worse health overall. The bottom line however is that shingles was still associated with an increased risk of stroke for three months afterwards, even when we made allowances for these multiple risk and confounding factors.”

“There did appear to be a small increased risk for [myocardial infarction], but when you take other risk factors into consideration, it disappears,” added Dr. Yawn.

After the three-month mark, there was no increased risk of stroke or myocardial infarction any longer.


Shingles complications in the elderly

Shingles is caused by the herpes zoster virus and is a treatable condition. But depending on when the treatment is administered and the patient’s state of health, complications can arise. Some complications associated with shingles include:

In order to avoid complications resulting from shingles, ensure you receive the vaccine to reduce your risk of shingles and see your doctor immediately if shingles is suspected.