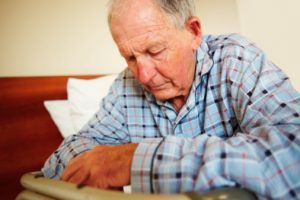 Those with HIV/AIDS and liver infections were found to be in the highest risk group.

The study findings do not imply any cause-and-effect relation, but researchers believe the psychological impact associated with serious infections could be contributing to a higher suicide risk.
Dr. Lena Brundin, associate professor at the Van Andel Research Institute’s Center for Neurodegenerative Science, said, “We know that inflammation can cause depression symptoms.” Other studies have shown that medications that rev up the immune system and lead to greater inflammation have been linked to higher depression rates. As a result, patients on these medications often end up taking antidepressants, too.

The study offers a new approach to examining illness-related depression and suicide risk. The research suggests there are certain biological processes at work in the onset of depression in the presence of a serious infection.

Those living with a chronic condition should seek help if they experience any changes in their mood in order to reduce their risk of possible complications as well as the risk of suicide.