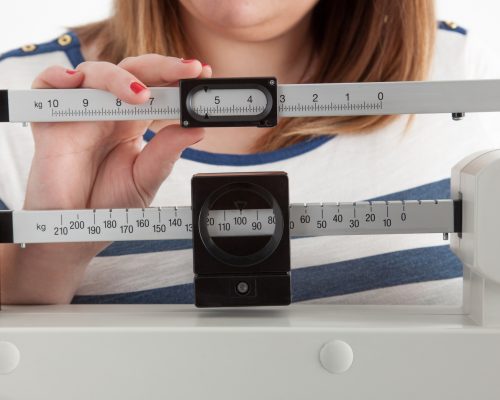 Sepsis survival chances improve with obesity, but the risks still outweigh the benefits. There are numerous health risks associated with obesity, but researchers from the University of Michigan Health System have found an obesity paradox where overweight patients have higher survival rates of sepsis in hospital setting.

The study consisted of 1,404 Medicare beneficiaries. The researchers found that heavier patients had improved outcomes when facing sepsis, a life-threatening infection.

Lead author Hallie C. Prescott said, “Physicians expect obese patients to do poorly, and this belief can affect the care and counseling they provide to patients and their families. Our study indicates, obese sepsis patients actually have lower mortality and similar functional outcomes as normal weight patients.”

Incidences of sepsis have nearly doubled in the last 15 years, causing an influx of research. Sepsis is a costly condition, and half of patients arriving to hospitals die within a year.

Senior author Theodore Iwashyna said, “Obese patients who survive their sepsis hospitalization use more health care resources and require more Medicare spending – but this apparent increase in resource use is a result of living longer, not increased use per day alive.”

Maintaining a normal weight offers a slew of health benefits, and being overweight can pose challenges when it comes to dealing with illness. A more comprehensive exploration of the link between being overweight and sepsis protection needs to be undertaken in order to understand how to better protect all persons against sepsis.


Sepsis mortality and impact of obesity

In an alternative study, researchers determined that a fat paradox did not exist, and obese patients were at equal risk of complications and death due to sepsis, compared to normal weight patients. Researchers uncovered that 15 percent of patients with sepsis died, and this number did not differ significantly between normal weight and obese patients.

Researcher Jeffrey Fried said, “Compared to previous studies, our patients were all ICU patients with severe sepsis and septic shock and generally sicker, based on APACHE II scores. In spite of this, our overall mortality [in all patients] was significantly lower than most previous studies. Our patients were treated under a well-developed sepsis protocol, with early identification, rapid antibiotic administration, and aggressive fluid resuscitation.”

Dr. David De La Zerda from the University of Miami commented that although the research was well done, it does not reveal the final answer on the topic. He said, “The information from this study is not enough. We don’t know exactly why the patients were admitted, why they were sick. They failed to tell us why the sepsis occurred. It’s different if you have pneumonia or if you have another type of infection. Did it occur after surgery?”

“More concerning, we don’t know which of the patients were mechanically ventilated. One of the big issues with obesity involves patients who are mechanically ventilated. You run into a lot of problems, especially in the ICU. We still don’t have enough information to answer the question about whether obesity is protective in the ICU. It’s sort of like the questions surrounding insulin and glucose, a game we’ve been playing for so many years. We need a really good clinical trial to get the answer,” he concluded.

Obesity is often linked to a higher risk of many chronic conditions, like diabetes and fatty liver disease. And yet, obesity has been found to offer protective properties against certain conditions, like chronic kidney disease and stroke. Fried added, “While obesity increases the risk of development of serious chronic diseases, once the disease develops, it may be associated with lower mortality and protect against acute cardiovascular compensation.” 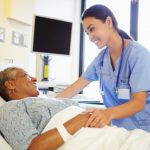 Sepsis is a life-threatening condition, commonly known as blood poisoning. Although recovery from sepsis is possible, patients may experience life-changing complications from the infection. The key to minimize these complications is to detect and treat sepsis as early on as possible, which can be achieved with antibiotics.

Depending on the severity of sepsis, antibiotics may be administered intravenously. Antibiotic treatment should begin within the first hour of diagnosis with broad-spectrum antibiotics that do not target specific infections. After further analysis of tests is conducted, doctors can identify the specific bacteria and switch antibiotic treatment to target it.

Intravenous fluids are also part of treatment for sepsis, as hydration is essential for recovery.

A sepsis patient may even receive oxygen, as the body’s oxygen demand becomes higher.

Other forms of treatment for sepsis include:

Although there is evidence to support the protective aspects of obesity, the risks associated with being overweight are still greater than any benefits it may offer. There are numerous health conditions linked to a higher BMI, including cardiovascular disease, hypertension, stroke, type 2 diabetes, high cholesterol, metabolic syndromes, cancer, osteoarthritis, sleep apnea, obesity hypoventilation syndrome, reproductive problems, and gallstones.

For many of these conditions, genetics do play some role, but many of them can very well be prevented with a healthy lifestyle.

Practicing healthy lifestyle habits such as exercising, not smoking, eating well, and minimizing alcohol consumption can all work together in order to maintain a healthy weight and ensure you don’t develop any chronic health conditions.