Home » Anti-Aging » Secret to anti-aging starts with our diet 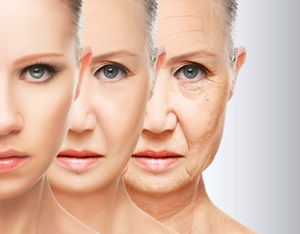 These days, modern medicine has improved so much that doctors are able to treat various diseases, prolonging lives. But there’s still no mechanism to stop the decline of the body as it goes through the natural aging process.

As it turns out, though, all you might need is some good old-fashioned “housekeeping” for your brain to slow down the clock. It all starts with the food you eat every day.

A new study published in the journal PNAS and conducted by Portugal’s Centre for Neuroscience and Cell Biology, revealed a diet with low calories (without malnutrition) holds up aging and increases the longevity of animals like cats and dogs.

Researchers learned that this kind of diet increases what’s called “autophagy.” That’s the mechanism that recycles unwanted molecules in the cells and prevents their clogging and malfunctions in the hypothalamus – the brain’s control center for aging.

If you eat less overall, it keeps your brain in good order so it can fight the aging process. No pills or gimmicks – just less food, but make it fresh, whole foods for top nutrition. Start with smaller portions, go light on snacking, and drink more water. It’s filling and keeps you hydrated. 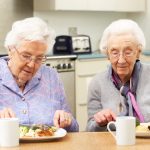 For as many as 70 years, it’s been no secret that restricting the food intake of laboratory rats extends their average and maximum lifespan. In fact, this same life extension has been seen in mice, fish, hamsters and even yeast. It’s often called caloric restriction (CR). It prolongs life simply by slowing or delaying the aging process altogether.

Interestingly, during the Second World War, whenever food was short across Europe, there was a noticeable decline in age-related heart diseases. This decrease rapidly disappeared once the war ended. The exact same thing happened in Okinawa, Japan, where people consume 30 percent less calories per day on average than the rest of the country.

This latest discovery can be used to develop new ways to control aging, instead of playing catch-up, only treating the consequences of growing old. It may prove particularly important in the prevention of age-related neurodegenerative diseases, such as Alzheimer’s and Parkinson’s.

We are an aging population 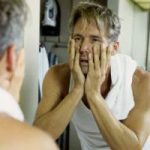 In less than one decade, 1 billion people will be older than the age of 60, according to the United Nations. Already, more than 30 percent of Japan’s population is older than 60, and at least 16 percent of Europeans are older than 65.

Meanwhile, in the U.S., more than 5 million people already have from Alzheimer’s disease and about 1 million have Parkinson’s. The U.K., by comparison, is home to at least 1 million people living with Alzheimer’s. Its health system spends more than $38 billion every year. So needless to say, anti-aging research has never been more important than it is now.

Even though age-related neurodegenerative diseases appear unstoppable, placing a financial and emotional strain on patients and their families, this new piece of anti-aging data is promising. Scientists hope to further uncover the biological mechanism responsible for life extension, solve the puzzle of calorie restriction, and help to delay the body’s deterioration, especially when it comes to the brain.

Most effects anti-aging foods and exercises

The fountain of youth has yet to be discovered, but our desire to stay forever young continues to grow. We live in a society where it seems like aging is an illness, so we take steps to prevent it at all costs. From expensive creams to even pricier procedures, anti-aging is a money-making business.

The best anti-aging foods in your diet

In the mid ‘90s, scientists in both England and the United States publicly declared that obesity accelerates aging. Being overweight, though, is not the only factor that can impact longevity. Some nutritional scientists believe all of us, no matter what our current weight, can live longer, if only we adjusted our diets.

Mushrooms: Magical youth elixir?
Magic mushrooms can do some amazing things. No, not just those kind of things! Some do contain natural psychedelic chemicals, but there are many mushrooms whose botanical magic lies in…read more