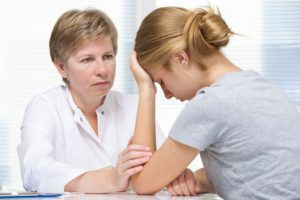 Life is the greatest gift of all, and to preserve that gift researchers at the Indiana University School of Medicine (IUSM) conducted a study to determine whether science could help predict suicide risk. The topline finding of the study is how the researchers have isolated a sequence of RNA biomarkers in blood that may point to people who are at risk for committing suicide.

The study, which is published in the online edition of Molecular Psychiatry, reveals that bipolar disorder patients who had suicide on their mind, had something in common with a group of people who had already committed suicide – significantly high levels of these biomarkers in their blood.

The study’s lead investigator, Alexander B. Niculescu III, MD, Ph.D., believes the results could be taken as a “proof of principle” to confirm this study has the prospective of providing an advanced warning to help physicians detect the risk of a spontaneous suicide act in their patients.

As an associate professor of psychiatry and medical neuroscience at the IUSM and attending psychiatrist and research and development investigator at the Richard L. Roudebush VA Medical Center in Indianapolis, Dr. Niculescu is aware of the huge problem facing physicians. He knows that in spite of thorough probing, including the use of leading questions, there are some people who will not come out and tell you they are contemplating suicide, or having suicidal thoughts. And then these very people go and commit suicide. It’s frustrating and leaves the physician feeling helpless. Dr. Niculescu feels there is an urgent need for a method by which doctors and caregivers can identify the risk of suicide in patients. This will go a long way in helping concerned people intervene and prevent a tragic outcome.

As part of their study, Dr. Niculescu and his team followed a large group of patients diagnosed with bipolar disorder for over three years, during which time they conducted one-on-one interviews and took blood samples every three to six months. In those participants who reported a dramatic shift from no suicidal thoughts to strong suicidal ideation, the researchers conducted a spate of blood analyses. The researchers observed a difference in gene expression in the people in the low/no suicidal thought state when compared to those in the high suicidal thought state.

Their next step was to subject their findings to Convergent Functional Genomics, a system of genetic and genomic analysis that can spot and prioritize the best markers by cross-checking with other lines of evidence.

Based on their isolated study and by the results of the cross-validation, the researchers singled out the marker SAT1, and a series of other markers, as the ones that provide the strongest biological “signal” directly proportional with suicidal thoughts.

To add further impetus to their study, the team worked closely with the local coroner’s office, to analyze blood samples from suicide victims. Their suspicions were confirmed. The dead bodies had significantly elevated levels of the same top markers.

Dr. Niculescu admits that, as all the participants in their study were male, the study has its limitations. He knows there could be gender differences and would like, along with his team, to do more extensive studies on the population as a whole.

Suicide is complex: In addition to addiction issues and psychiatric issues, there are other issues such as not feeling needed, lack of satisfaction with one’s life, no hope for the future and even certain cultural factors that make suicide seem like an option. The team’s aim is to study clinical and sociodemographic risk factors, along with the results of blood tests, to increase the accuracy of the predictions.

The team hopes such biomarkers, along with other tools, can help identify people who are at risk, leading to preemptive intervention, counseling, and saving the greatest gift of all – life.