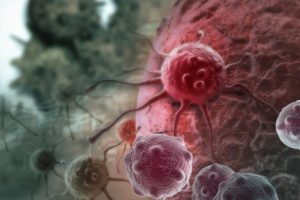 Wouldn’t it be nice if we could take cancerous cells, press a rewind button on them and make them go back to their original normative state? Well, scientists at the Mayo Clinic in Florida have discovered a means by which malignant cells can be reprogrammed to go back to their normal state. The team sees this as a big step in the right direction towards achieving our cancer prevention and cancer treatment goals.

According to the study’s senior investigator, Panos Anastasiadis, Ph.D. and the chair of the Department of Cellular Biology, their findings open up an unexpected new biology that provides the code to turn off cancer.

The details of the study are published in Nature Cell Biology.

The team discovered that the glue (adhesion proteins) that holds cells together interacts with a microprocessor to produce molecules called microRNAs, or miRNAs for short. When normal cells come in contact with each other, these miRNAs suppress genes that promote cell growth. But in cancerous cells, these miRNAs are mis-regulated and cells grow out of control.

In laboratory experiments, the scientists demonstrated that they can reverse the abnormal cell growth by replenishing cancerous cells with miRNAs.

Dr. Panos Anastasiadis said, “By administering the affected miRNAs in cancer cells to restore their normal levels, we should be able to re-establish the brakes and restore normal cell function.”

To find out the exact role of adhesion proteins in cell behavior, two unrelated research fields – cell-to-cell adhesion and miRNA biology – have been brought together for the first time. And a new strategy for cancer therapy has been uncovered.

Before this study there were conflicting reports about two adhesion proteins that are essential for normal epithelial tissues to form. These two proteins, E-cadherin and p120 catenin, have been considered as tumor suppressors for a long time.

But as both these proteins are still present in cancer cells and are required for the growth of cancer cells, the researchers believe these molecules have two faces – a saintly one, maintaining the normal behavior of the cells, and an evil one that drives cancer.

The question was: What is regulating the behavior?

To answer this the researchers studied another protein, PLEKHA7, which links to these adhesion proteins only at the top. When this third protein is lost, the miRNAs get mis-regulated and the adhesion proteins become oncogenic or cancerous.

The team believes that by re-linking PLEKHA7 to the adhesion proteins, miRNAs in cancer cells can be replenished to their normal levels and normal cell function can be restored. The scientists hope their breakthrough work will help prevent cancer in the future.