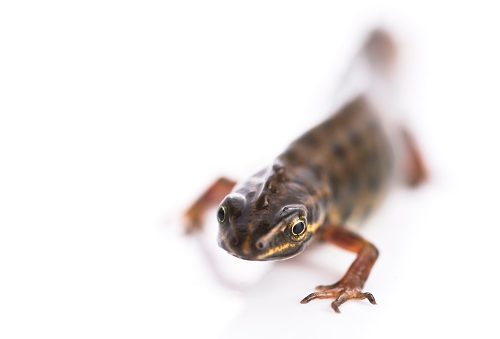 A famous physicist once said, look deep into nature, and then you will understand everything better. That’s exactly what the scientists at University of York did to develop effective stem cell treatment for osteoarthritis. The team studied the amazing capacity of lizards and newts to regenerate lost tissues and organs, and adapted it into their experiments with osteoarthritic patients.

Osteoarthritis is a degenerative joint disease that cripples thousands of people across the globe. The condition causes pain and stiffness in the joints due to cartilage erosion at the bone ends. Even as you read this, there is no known treatment to prevent the degenerative process of osteoarthritis, and people in an advanced stage of the disease often resort to joint replacement surgery.

Normally a patient’s own bone-marrow stem cells are a valuable source of potential treatment; they can generate re-implantable joint tissue which the body won’t reject. Unfortunately, as people age the amount of stem cells declines, and the remaining cells eventually become unable to grow and repair tissue.

Led by Dr. Paul Genever in the Arthritis Research UK Tissue Engineering Centre in the university’s Department of Biology, the team of scientists developed a method by which they could revive the cells from older people with osteoarthritis. These revived cells in turn would help repair worn or damaged cartilage.
The details of the study and the experiment are published in Nature Scientific Reports.

The team observed that newts adopt a process called dedifferentiation, in which their cells can change in response to injury. The cells all bundle together and return to a stem cell-like state. This helps them multiply and generate the specialized cells needed for new tissue formation.

Unfortunately, dedifferentiation does not occur in humans, so the team of researchers went ahead and recreated conditions comparable to those in the lab by growing human cells as 3D aggregates.

Using a process that involves reverting cells to an embryonic state, the scientists cultivated the spheroid clusters of cells in tiny cavities. The team was able to revert the cells by using pharmaceuticals that would induce self-eating effects; the cells eat up their own constituents, and as a result they reduce in size.  The cells regress so much that an entire cluster of cells is barely visible to the naked eye.

According to Dr. Genever, this technique has proven that human cells can also be dedifferentiated to an early embryonic stage. However, though they are capable of generating new tissues, it is not as effective as 3D culture, so more work needs to be done to refine the process.

In the next stage of their project, the researchers are committed to finding out more about the dedifferentiation process. This will enable them to arrive at the right treatment to encourage tissue repair in worn-out joints.

Dr. Stephen Simpson, director of research and programs at Arthritis Research UK is very up-beat about the results of the study. He feels this exciting, novel work in the field of regenerative medicine could take things a step closer to their ultimate goal of a more viable and effective treatment for osteoarthritis.