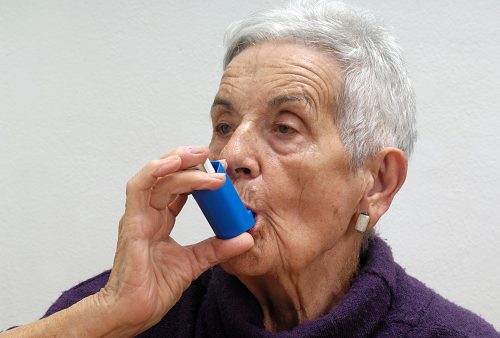 According to a new study, the risk of developing the painful skin condition shingles, is higher in people suffering with asthma than it is in non-asthmatic people.

The findings of the new study build on previous studies which suggest a link between the risk of shingles and asthma.

According to Dr. Young Juhn, an asthma epidemiologist at the Mayo Clinic Children’s Research Center in Rochester, and the author of the new study, “Asthma represents one of the five most burdensome chronic diseases in the U.S., affecting up to 17 percent of the population.”

Dr. Juhn believes the effect of asthma can go well beyond the respiratory system and can result in immune dysfunction which in turn can lead to an increased risk of various infections like shingles.

Based on their findings, the researchers concluded that asthmatic patients had around 70% higher risk for shingles than people without asthma.

The researchers could not pin-point the reason why asthma shingles. But, they believe that asthma might help trigger the reactivation of the virus that causes shingles.

The research study, the findings, and the conclusions of the study are published in the Dec. 28 issue of the Journal of Allergy and Clinical Immunology.

However, the article does not dwell on the cause-and-effect relationship between asthma and shingles.

According to Dr. Juhn, given that asthma is an unrecognized risk factor shingle in adults, adults aged 50 years and older with asthma should be considered for immunization with the shingles vaccine.

The shingles vaccine has been available in the United States since 2006, and statistics show that the vaccine helps reduce the risk of shingles by about 50 percent. As a precautionary measure, the U.S. Centers for Disease Control and Prevention recommends the vaccine for all over the age of 60 years.