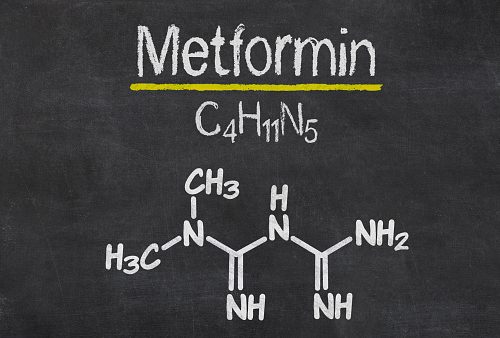 Researchers at the Massachusetts General Hospital (MGH) might have stumbled upon the mechanism of how the diabetes drug metformin can slow down the progression of cancer of the pancreas.

The details of the study are published in the journal PLOS One, where the team describes that this common diabetes drug decreases the inflammation and fibrosis seen commonly in pancreatic cancer. However, based on their findings in patient tumor samples as well as cellular and animal models, the researchers add that in overweight and obese patients might benefit more from this surprising metformin discovery.

The study focused on the most commonly occuring pancreatic cancer – pancreatic ductal adenocarcinoma (PDA) – which kills almost 40,000 people in the U.S. ever year. Half of those diagnosed with PDA are overweight or obese, and almost 80 percent are insulin resistant or have type 2 diabetes.
Previous analyses have revealed that Diabetic patients taking metformin have a lower risk of developing PDA; and those who do have PDA have a reduced fatality rate. But before the current study nobody knew how or why this drug inhibited the progress of pancreatic cancer.

The team discovered that metformin increases a collection of tumor-associated immune cells and a dense connective tissue which are both characteristic of pancreatic cancer. According to the lead author of the study, Dai Fukumura, MD, PhD, of the Steele Laboratory of Tumor Biology in the MGH Department of Radiation Oncology, metformin does this by slowing down the activation of the pancreatic stellate cells (cells that cause fibrosis and interact closely with cancer cells to create a tumor friendly environment) and by reprogramming immune cells to reduce inflammation.

However the team observed that hat these changes were more pronounced in the tumors of obese and overweight individuals, in whom the tumors had increased fibrosis.

In fat mice, the researchers found that metformin treatment reduced levels of tumor-associated macrophages by 60 percent. The tumors of animals treated with metformin also had showed a reduction in metastasis, suggesting a lower risk in the spread of the cancer.

This new evidence is part of a wave of findings that suggest that regular everyday drugs can play a huge role in preventing and fighting cancer. In fact an organization called ReDo has been set up solely for this purpose of finding regular drugs with anti-cancer properties.