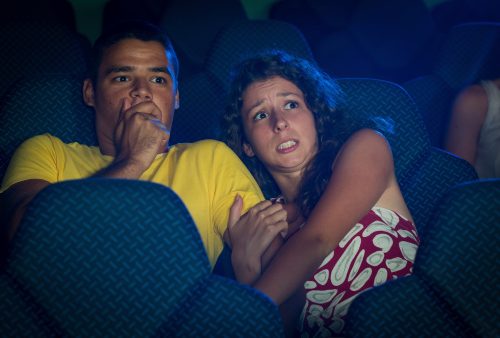 The study involved 24 healthy young adults. Some participants watched a horror film followed by an educational film a week later and the others watched educational films first then horror films after a week’s time.
Blood samples were taken 15 minutes prior and after the films and they were analyzed for clotting activity. After watching horror films participants were more likely to have increased levels of a clotting protein known as coagulant factor VII.

Researchers suggest that fear-induced blood-clotting has important benefits evolutionary speaking as it would prevent high blood loss during dangerous times.