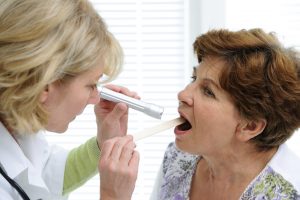 There is no current accurate testing method for Parkinson’s disease, and so saliva gland testing may offer the accuracy doctors need for the diagnosis. To complete the test, a needle is inserted into the submandibular gland, which is located beneath the jaw, and is used to withdraw necessary tissue from the core of the gland. A protein found in Parkinson’s disease patients is then compared to those being tested to determine if it is present in them or not.

Study author Charles Adler said, “This is the first study demonstrating the value of testing a portion of the submandibular gland to diagnose a living person with early Parkinson’s disease. Making a better diagnosis in living patients is a big step forward in our effort to understand and better treat patients.”

Current diagnosis of Parkinson’s disease is conducted through medical history, observation of symptoms, ruling out other conditions, and neurological examinations. Further testing will be required before saliva testing can be ruled out as an effective means to diagnose Parkinson’s disease.