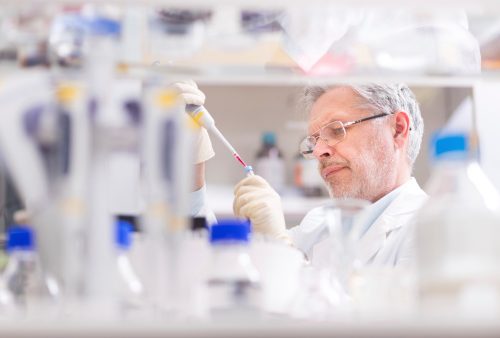 The RNA Biomarker microRNA 506 (miR-506) takes the phrase, “Starve a fever” to a higher level and links starving to stomach cancer survival. Scientists at the Cancer Research Institute of Southern Medical University and the Cancer Biotherapy Center of Kunming Medical University propose to starve cancer cells to prevent the spread of cancer.

In a recent study, the scientists identified that stomach cancer survival is better in patients who have high levels of the RNA biomarker (miRNA-506). The biological marker helps cut off the blood supply to the cancer cells (effectively starving them) which in turn closes the avenues for the spread of the cancer to other parts of the body.

The details of the study can be seen in The American Journal of Pathology.

For the study, the researchers used data from 84 people who had undergone surgery for stomach cancer. The researchers subjected the gastric samples taken from these patients to genetic analysis called the polymerone chain reaction (PCR). The aim of the study was to detect the level of miRNA-506 in the stomach samples. Based on whether the levels were above or below the mean miRNA-506 level, the patients were put in either the low-miRNA-506 expression group, or the high-expression group.

This finding led to the next part of the study: in-vitro research.

From these results it was obvious to the scientists that miRNA-506 acts as a suppressor of how cancer cells spread.

According to lead investigator Dr. Xin Song, as cancer is a complex disease, controlling its development and progression requires both system level approaches and integrative approaches. He adds that their findings indicate that miRNA-506 is necessary and sufficient for suppressing the development of new blood vessels in the cancerous tissue and increases stomach-cancer survival time.

The team acknowledges that additional research will be needed to study the clinical utility of miRNA-506 as a potential biological marker both for gastric cancer prognosis and as a target for potential treatment.

Stomach cancer is a primary cause of cancer-related deaths across the globe. In the U.S., gastric cancer most commonly affects older people – around 60 percent of those diagnosed each year are over 65 years of age. The overall 5-year relative survival rate of all people with stomach cancer in the U.S. is about 29 percent. But with this new study, researchers hope that number will soon increase.