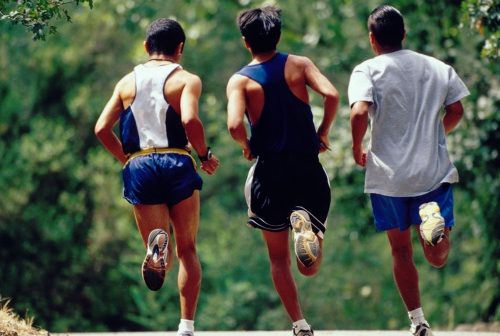 According to new research done at the University of Exeter, teenagers can help reduce their risk of developing heart conditions in the future by doing a few minutes of high intensity interval exercises three to four times a week.

This new research has come at the right time; a recent survey reveals that only 30 percent of teenage boys and 20 percent of teenage girls achieve the recommended 60 minutes of daily exercise. Given these low percentages, the need of the hour is to consider shorter durations of exercise as an avenue to optimize future health.

The research team proved that even healthy teenagers could improve their heart conditions and reduce their risk of cardiovascular disease by doing eight to 10 minutes of high-intensity interval exercise, just three times every week. They came to this conclusion based on the improvement in important markers of cardiovascular health after the short bursts of exercise. This means that by exercising at a high-intensity for half an hour, three blocks each week, including rest time, teenagers could significantly reduce the risk to their heart health.

In the study, led by Dr. Alan Barker, six girls and seven boys – all in their early teens – from Sidmouth College, carried out six high-intensity workouts over a two week period. The exercises included cycling in high-speed bursts of one minute, with 75 second breaks in between. The teenagers initially did eight such bursts and built-up to ten over the two weeks.

Post training, the teenagers improved two important markers of cardiovascular disease: a boost in blood vessel function and the brain’s ability to control the beating of the heart. These results were despite the fact that there was no alteration to traditional markers of health, such as blood pressure and blood sugar.

According to the lead author on the study, Dr. Bert Bond, the short burst of high-intensity exercises might be more effective as it will be easier to encourage teenagers to dedicate a shorter time to improving their health.

Dr. Bond may have the right idea, as can be gauged from the feedback from one of the participants who took part in study. The participant Aaron Bagwell said, “I think that short bursts of high intensity exercise are more rewarding and more fun as it feels more challenging. Taking part in the project was very informative and I gained so much from it. My knowledge of how the body works and the effects of exercise was really deepened.”

While the signs are encouraging, more work is needed to inform existing physical activity guidelines for health. The obvious next step is to confirm these results using a larger group, especially a group with participants who are at greater risk of future cardiovascular disease.