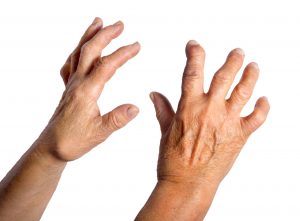 Rheumatoid arthritis risk may decline with recent urinary tract and gut infections, according to research. A possible explanation may have to do with the way these infections alter the gut microbiome.

The researchers set out to examine the impact of different infections on the risk of rheumatoid arthritis in nearly 6,500 individuals in south and central Sweden. Of the sample, 2,831 had been newly diagnosed with rheumatoid arthritis and the remaining 3,570 randomly selected matched participants were healthy.

Participants were asked if they have experienced any gut, urinary tract, or genital infection within the last two years. They were also asked if they have had an inflamed prostate or had antibiotic treatment for sinusitis, tonsillitis or other throat infection, or pneumonia during this time.

The research was observational, so it cannot assert a cause-and-effect relationship, but the researchers said their findings “are particularly interesting in light of emerging data, implicating that the microbiome in the gut may play a role in rheumatoid arthritis pathogenesis.”

Other studies have found that a plant-based diet could improve rheumatoid arthritis, but the reason behind it was not clear. The researchers suggest this style of eating feeds into good bacteria of the colon, meaning, more good bacteria can combat bad bacteria.

Rheumatoid arthritis can cause hearing loss due to multiple factors