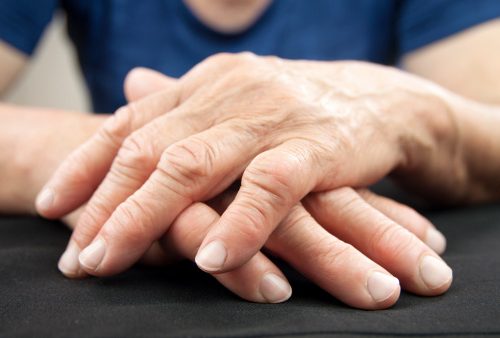 Rheumatoid arthritis is a chronic disease characterized by pain, stiffness, swelling, and limitations in motions. RA primarily affects joints, but inflammation can develop in other organs, too. Roughly 1.3 million Americans have rheumatoid arthritis, and more women have RA than men.

Lead author of the study Isabelle Amigues explained, “Disease modifying anti-rheumatic drugs (DMARDs) have revolutionized the way we treat RA patients. Yet, we continue to see increased incidence and mortality due to cardiovascular disease and heart failure in these patients compared to the general population which cannot be explained by traditional cardiovascular risk factors. Biopsying the heart to confirm inflammation is invasive and expensive, but we now have very powerful imaging studies such as cardiac 18F-fluorodeoxyglucose positron emission-computed tomography (18-F-FDG-PET-CT) that can detect inflammation in the myocardium.”

The study looked at 118 RA patients without prior cardiovascular disease events who underwent 18-F-FDG-PET-CT scanning along with 3D echocardiogram to assess left ventricular mass, volumes, and systolic and diastolic function. The control group consisted of 13 non-RA patients of same age and gender. Participants were measured for maximal standardized uptake value (SUV max) for myocardial FDG uptake.

Joan M. Bathon, director of rheumatology at Columbia University Department of Medicine, added, “This is the first report of a quantitative assessment of myocardial inflammation and the largest number of RA patients ever studied for myocardial inflammation. Previous studies were few, utilized cardiac magnetic resonance imaging in small numbers of patients, and relied on qualitative visual detection of gadolinium which cannot differentiate inflammation from edema, necrosis, or fibrosis.”

Dr. Amigues said, “Despite many advances in the field, the exact mechanisms that lead to heart failure in RA remain unclear. We wanted to assess if patients with active RA but no overt cardiovascular disease had any degree of myocardial inflammation and whether it responded to increase in therapy.”

The researchers found that based on scans, rheumatoid arthritis patients had a much higher myocardial FDG intake.

Dr. Bathon concluded, “These are encouraging results for patients with RA. It supports the concept that appropriate treatment of the joint manifestations of their disease may also suppress and/or prevent myocardial inflammation and, potentially, the development of heart failure.”

Living with arthritis? Simple lifestyle and exercise tips to improve your joint health

Rheumatoid arthritis can increase the risk of heart attack