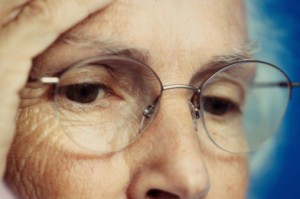 Due to the influx of inflammation, RA can lead to serious eye disorders as well. Rheumatoid arthritis has been found to increase the risk of Sjogren’s syndrome, a condition that affects the production of tears. With rheumatoid arthritis eyes can become dry and a white haze can even form over them. If you have rheumatoid arthritis, it’s important to get frequent eye exams to catch changes or issues early on.

How does arthritis affect the eyes?

Arthritis can affect the eyes in numerous ways including dry eyes, scleritis, iritis and uveitis, keratitis, glaucoma and cataracts.

Dry eyes: Rheumatoid arthritis affects the lacrimal glands – they are what keep your eyes moist and produce tears. It is common in those with RA to have dry eyes, which produce sensations like grittiness, burning, sticky mucus and redness. A Schirmer’s test can measure the amount of moisture in the eyes, and treatment includes moisture drops or ointments.

Scleritis: Inflammation of the sclera causes scleritis. The sclera is the white part of the eye and if it becomes inflamed, even the slighted trauma can cause the eyeball to split open. You may see redness of the eye, experience pain and become sensitive to light.

Iritis and uveitis: Uveitis is inflammation of the uvea, which is found between the retina and the sclera. Pain, redness, blurred vision and light sensitivity are all symptoms of uveitis. This condition is also known as iritis, depending on which part of the eye becomes inflamed.

Keratitis: This is a condition where the eyes are unable to maintain a healthy film of tears. Eyes may also be dry and blurred vision can occur. Without the protective layer of tears eyes lose their ability to expel particles, increasing the risk of damage. 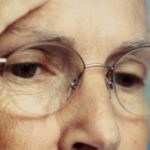 Glaucoma: Damage to the optic nerve leads to glaucoma. Inflammation in the eye can increase pressure and make it difficult for nutrients to circulate. Eye pain, blurry spots and blank spots are symptoms of glaucoma. Eye drops are used to relieve pressure and surgery may be done to increase flow of nutrients.

Cataracts: The lens of the eye, which is normally clear, can become cloudy if inflammation occurs. Cataracts can cause poor night vision, blurry vision, and colors appear faded. Cataracts can be treated with surgery to remove the cloudy lens.

Juvenile rheumatoid arthritis and its effect on children’s eyes

Children with juvenile rheumatoid arthritis – now known as juvenile idiopathic arthritis – can experience eye complications, either as a complication of arthritis or as a side effect of medication. Uveitis is a common eye disorder that can affect children with arthritis as it leads to inflammation of the inner part of the eye.

If uveitis is not detected early, it can lead to scarring of the eye and vision problems. Glaucoma, cataracts and blindness are all complications that stem from uveitis.

The goal in treating uveitis in those with psoriatic arthritis is to reduce inflammation, but in some cases treating the psoriasis or psoriatic arthritis can help alleviate uveitis as well. Steroids may be used to retain vision but can have serious side effects, including cataracts, glaucoma, heart disease, diabetes, osteoporosis and weight gain. 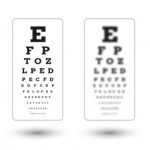 Treatment can range from corticosteroids, steroids, eye drops and even surgery, depending on severity. Treating rheumatoid arthritis itself is also a good idea to help reduce overall inflammation in the body.

If you have rheumatoid arthritis, speak with your doctor about regular eye exams in order to detect early changes to vision and receive treatment immediately.

Rheumatoid arthritis can increase the risk of heart attack

This superfood improves our vision