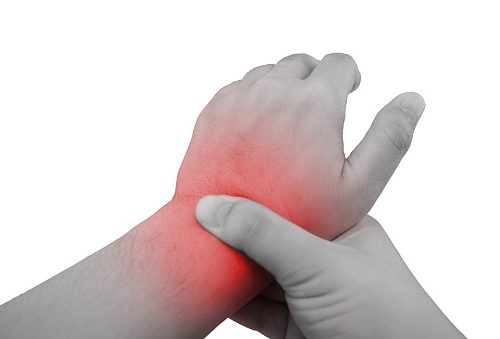 Many orthopedic surgeons now believe there is evidence that rheumatoid arthritis and osteoarthritis may be predicted through a person’s joint pain, diabetes status, and overall physical health.

Research presented to the American Academy of Orthopedic Surgeons shows that an algorithm created to study pain patterns essentially suggests that there is a strong joint pain and arthritis association, as well as a diabetes and arthritis link. The study covered more than 1,000 patient variables, including demographics, lab tests, patient-reported outcomes, and socio-behavioral characteristics. Health status was determined through a special survey that looked at whether a person’s pain or overall health limited their daily activities.

It turned out that certain combinations of physical and mental health, as well as previous joint pain, diabetes, and a person’s education level predicted pain for those diagnosed with arthritis. Physical health status was the biggest predictor of pain when it came to limiting work.

According to the Centers for Disease Control and Prevention, one in five adults in the United States is suffering from arthritis. This could be rheumatoid arthritis or osteoarthritis. The number of people living with crippling arthritis is expected to increase from 52 million to 67 million by 2030.

One of the algorithms created by the researchers is able to predict pain level with an accuracy rate of 98.6 percent. The algorithms shed new light on pain and could help in the development of new care and treatment methods. 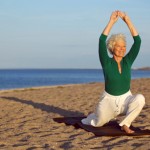 People with diabetes are nearly twice as likely to have arthritis

When the body doesn’t produce or use insulin efficiently, a person gets diabetes. Without insulin, glucose remains in the blood, resulting in less energy and a feeling of fatigue. While always seen as a hormonal problem – since insulin is considered a hormone – diabetes is also evolving into a joint pain problem.

While we can’t say for certain why, research in both the United States and the UK shows that people who suffer from diabetes are more prone to musculoskeletal problems. Joint pain, stiffness, swelling, thickening skin, painful shoulders, even carpal tunnel syndrome are common in diabetics.

In the case of carpal tunnel, the thumb, index finger, and middle finger of the affected hand start to feel like they are being pricked with pins and needles. As the condition gets worse, grip can become weaker, and some fingers can become numb. Surgery is often performed to release trapped nerves so that the hand can function properly again.

Thickening of the tissues of the palm of the hand is also common. It is known as fibrosis or Duputren`s contracture – named after the French doctor who first described the condition. Fibrosis appears as a “knot“ in the skin. If it progresses, surgical removal of the thickened tissue may be required.

Medical data shows that the most common musculoskeletal disorder associated with diabetes is joint pain in the shoulder. Inflammation and thickening of tissue in the shoulder joint cause stiffness and pain. People often refer to this as “frozen shoulder”.

Living with both diabetes and arthritis-type pain can be very difficult, so if you notice early symptoms, you should seek medical advice immediately to lessen the progression.

Arthritis can, to a certain extent, be genetic. However, if you have healthy joints and you want to maintain an active lifestyle, prevention of arthritis is possible.

You can avoid disability associated with arthritis or delay the onset of rheumatoid arthritis and osteoarthritis by following some of the joint pain prevention tips listed below:

While a link between diabetes and arthritis, as well as joint pain and arthritis, seems to be established, experts say more investigation needs to be conducted to determine exactly why these ailments are so closely aligned. Although most people think of arthritis as being associated with the elderly, it`s important to note that people of all ages, sexes, and races can and do have various forms of arthritis. The fact that it is the leading cause of disability in America means it is impacting us as a society and, therefore, will continue to be a focus of much research.