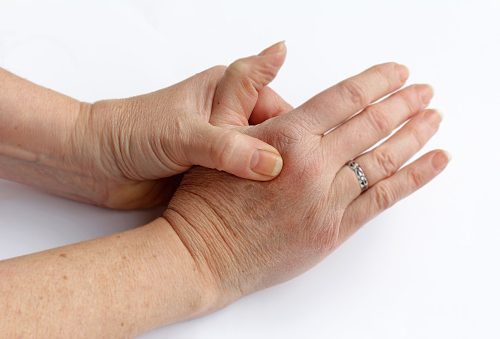 Rheumatoid arthritis (RA) can be triggered by infections depending on your genetic makeup. The research team of the Arthritis Research U.K. Centre for Genetics and Genomics at The University of Manchester believe their findings can have important implications on the diagnosis and treatment of rheumatoid arthritis.

The researchers have uncovered that different genetic variants of a protein that largely contributes to the immune system’s ability to fight infection are associated with the two types of RA.

Dr. Steve Eyre from the genetics and genomics center in Manchester commented, “We recognize that rheumatoid arthritis is a complex disease that can have variable presentation and outcomes for different people, in particular, in the way they respond to treatment. These findings add to our ability to genetically define subtypes of rheumatoid arthritis, which is an important step towards selecting the best treatment for each patient.”

Center director Prof. Jane Worthington added, “Now that we have established a genetic basis for these two types of rheumatoid arthritis, we hope it will lead to patients receiving a swifter, accurate diagnosis and more appropriate, targeted treatment. These findings have opened the door to a better understanding of seronegative rheumatoid arthritis.”

In seronegative patients, there are no anti-citrullinated protein antibodies present in the blood.

Confirming the RA diagnosis is easier for the seropositive type. Nevertheless, rheumatoid arthritis can still develop in those who are seronegative.

Along with ACPAs in the blood, seropositive patients also have a common sequence of amino acids called the shared epitope. It is not well understood how this sequence contributes to rheumatoid arthritis, but it has been proposed that the shared epitope attaches to parts of proteins called citrullinated peptides, and this way contributes to the production of anti-CCP antibodies.