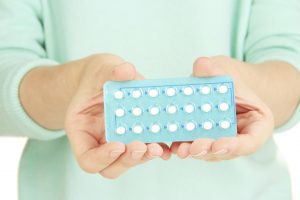 Rheumatoid arthritis and inflammatory polyarthritis-affected women may benefit from birth control pills. The authors explained, “Women with inflammatory arthritis who were currently using oral contraceptives or who had used them in the past, presented with better patient-reported outcomes within the first two years of arthritis.”

Dr. Waseem Mir, a rheumatologist at Lenox Hill Hospital in New York City who reviewed the study, noted, “We have to take the findings of the study with great caution.”

The information was self-reported, so it may be unclear whether all participants had rheumatoid arthritis. The researchers only noted an association and did not determine a cause-and-effect relationship in their findings.

The study included 273 women with rheumatoid arthritis, and the researchers found that 18 percent had never been on birth control, 63 percent have previously been on it, and 19 percent were on the pills during the time of the study.

Although birth control pills did not affect the progression of the disease, women on the pill did score better on standard measures of rheumatoid arthritis than women who had never used the pill, the researchers found.

Women who had been using the pill or were on birth control at the time of the study also relied less on steroid treatment, compared to women who had never taken the pill.

Dr. Mir concluded, “Although oral contraceptives are important in society for what they offer, one should not be using it to treat inflammatory arthritis.”

In an alternative study, researchers found that pain in inflammatory polyarthritis may be eased with oral contraceptives – birth control pills. The researchers identified 663 patients with polyarthritis of which 523 had used the pill prior to symptom onset and 265 used the pill after the onset of polyarthritis. In patients on the pill, Health Assessment Questionnaire (HAQ) scores were lower throughout the follow-up, compared to patients who were not taking birth control pills. Patients on the pill during the symptom onset had lower HAQ scores over time, compared to women who were not on the pill.

Megan E.B. Clowse, assistant professor of medicine at Duke University, found the findings to be interesting but controversial. “Several studies have shown varying responses to oral contraceptives,” she says. “One study will say birth control pills decrease risk, while another shows increased risk. It seems to be going back and forth in the literature.”

The authors stated that the pill works “by maintaining an artificially high level of progesterone and estrogen, thus maintaining an artificial luteal phase. An alternative explanation may be that the hormonal milieu induced by OC (oral contraceptive) use results in an increased level of heat-shock proteins, which in turn leads to a state of immunotolerance, tempering [rheumatoid arthritis] symptoms.”

Rheumatoid arthritis vs. osteoarthritis, differences in symptoms, causes and treatment

Rheumatoid arthritis vs. gout, differences in symptoms, causes and treatment