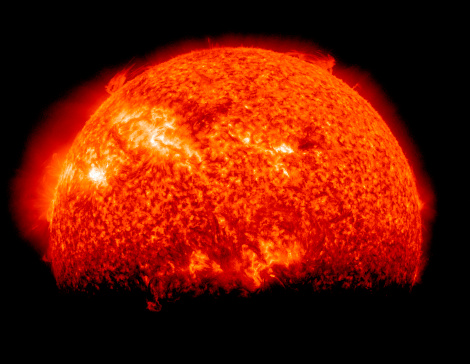 Both rheumatoid arthritis (RA) and giant cell arteritis (GCA) are autoimmune conditions in which the body’s own immune system mistakenly attacks the organs and the tissues. RA causes joint swelling, which leads to pain and loss of physical function, and GCA causes headaches, jaw pain, and vision problems as the walls of the arteries become inflamed.

First, the physicists compared incidences of RA and GCA with solar cycles, where they found that incidences of both diseases correlated with the sun’s magnetic activity cycle.
Solar cycles can cause dramatic changes to the earth as solar outbursts hurl millions of magnetic and electrical plasmas against the earth’s magnetosphere surrounding the the planet.

The researchers did not establish an explanation for the connection, but they did highlight five disease occurrences that could only be explained due to geomagnetic activity.

Uncovering the link of RA and GCA to solar cycles is important as it can aid in detecting susceptible individuals and could help develop strategies to better control RA and GCA during solar cycles.