Home » Health News » Reverse Your Brain Age with These Foods 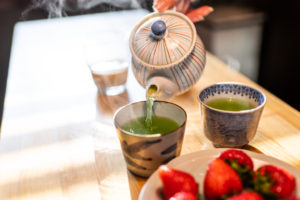 They’re right when they say the mind is a terrible thing to waste. Why aren’t more people thinking about it when they eat?

Your brain age is affected by the food choices you make. Certain things can enhance and extend memory, while others can speed up its decline. In some cases, food choices can turn back brain age by over seven years.

Diet doesn’t exactly conjure up images of brain health. Food choices are usually associated with weight loss, heart health, diabetes, and other physical conditions. But brain-healthy food choices exist, and there is even a diet that may reverse cognitive aging.

The MIND diet—which is short for Mediterranean-DASH Intervention for Neurodegenerative Delay—uses elements of the Mediterranean and DASH diets to focus on dementia protection and memory preservation.

Each of these diets offers benefits for heart health and more. When certain elements are combined, they team up to optimize brain health.

Several studies are currently underway to assess the MIND diet’s benefits for brain health, but a 2015 study found some very promising results. Looking at 900 men and women between the age of 58–98, researchers found that even moderate adherence to the MIND diet could significantly reduce dementia risk.

The study was published in Alzheimer’s and Dementia.

So, what were they eating?

Here are some of the foods that might have the most significant benefits for brain health:

Some other things to keep in mind are using extra virgin olive oil as an alternative to coconut oil or butter and trying to get a couple of servings of fish each week.

Being thoughtful with food choices can help you avoid laying your mind to waste.