Home » Health News » Retirement may not be stress-free for the socio-economically disadvantaged: Study 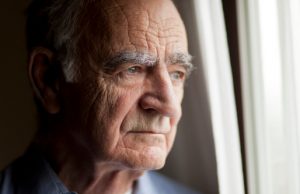 There comes a time when we all think about retirement. We often dream about spending the rest of our days in luxury, perhaps in a warm climate country, leisurely strolling down the beach. Retirement is supposed to be a time free of stress. But sadly, according to a recently published paper, this fantasy only ever comes true for those in high-status occupations, as people in a low socioeconomic bracket often have poorer health and higher biological stress response levels around the time of retirement.

This health trend is not only seen in the U.S. but in European countries as well. Widening socioeconomic inequalities in stress and health peak around the retirement period, according to a paper published in the Journal of Gerontology, and is thought to be a result of the disadvantages poorer individuals face over their lives.

The most recognized stress hormone in the body is cortisol, which follows a diurnal profile—it “wakes up” with the sun. Cortisol peaks around 30 minutes after waking and returns back to low levels when it’s time for bed. The impact of stressors can affect this diurnal profile, resulting in elevated levels of cortisol and a flatter diurnal slope developing between waking and bedtime, leading to a steady level of stress. The flattening of diurnal cortisol slopes has been considered a key biomarker of higher levels of stress and subsequent cardiovascular mortality. According to the authors of the paper, one standard deviation increase in cortisol levels at bedtime was associated with a doubling of the relative risk of cardiovascular mortality within 6–8 years.

The investigators reached this conclusion by studying workers who had recently retired and those who were still working later in life. They looked at biological stress levels as indicated by these diurnal slopes of cortisol. Longitudinal study data from 1,143 participants was collected from employed individuals, all of whom were 60 years of age on average. Five sample measures of stress were collected across the day, with civil service employment grades being used to categorize people into high, middle and low.
The researchers found that retirement was associated with lower stress levels, as those recently retired had steeper diurnal slopes compared to those still working. But this benefit was only seen in individuals that had high paying jobs, as workers in the lowest status jobs had flatter diurnal cortisol slopes in comparison, with retirement increasing rather than decreasing these differences in biological stress levels.

“It may seem counter-intuitive that stopping low-status work which may be stressful does not reduce biological levels of stress. This may be because workers who retire from low-status jobs often face financial and other pressures in retirement. This study suggests that people’s stress levels are not just determined by immediate circumstances, but by long run factors over the course of their lives,” said the study’s lead author, Tarani Chandola.

The Healthy Truth: The negative impact of stress