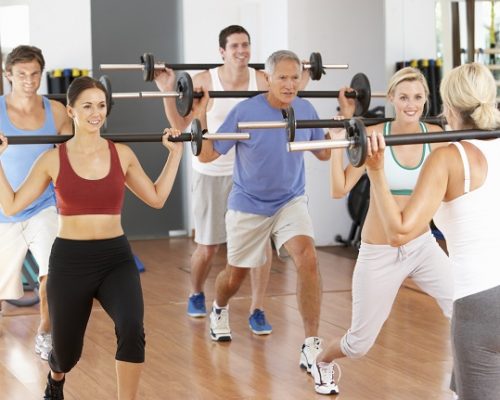 Resistance interval training lowers the risk of heart disease in seniors with type 2 diabetes. The researchers of the study wrote, “The endothelium plays a pivotal role regulating the many factors that determine vascular tone, tissue perfusion, coagulation and inflammation. Endothelial dysfunction is an early manifestation in many chronic diseases, including diabetes, and contributes to the [approximately two- to four-fold] greater risk of cardiovascular disease in type 2 diabetes.”

Interval training refers to periods of high-intensity and low-intensity exercise. Interval training is appealing because participants can achieve maximum results in a shorter period of time. The researchers compared the resistance training and cardiovascular interval training to see how it would affect the endothelium function.

The study included 35 volunteers who were assigned to one of the three groups: people with type 2 diabetes (T2D), non-exercisers without diabetes (UN-NG), and regular exercisers without diabetes (TR-NG). Each group performed the same 20-minute exercise regimen: Three-minute warm-up, seven one-minute (resistance or cardio) interval workout with a one-minute rest in-between intervals, three-minute cooldown. Blood flow was measured in the upper arm before and after the training.

The researchers concluded, “This study shows that resistance-based interval exercise is a time-efficient and effective exercise method to acutely improve endothelial function in T2D, age-matched UN-NG and TR-NG participants. These findings warrant the examination of the long-term impact of [resistance-based interval exercise] on vascular function.”

It is already known that an active lifestyle can help those with type 2 diabetes and should be complemented with healthy eating habits. Although a strong link has been found between exercise and type 2 diabetes, the impact of exercise on diabetics’ hearts has remained unknown. The recent study found that short bursts of intense physical activity raise the heart rate quicker, compared to longer, moderate-intensity workouts. The researchers used a style of exercise called high-intensity interval training (HIIT) to test how it would improve the heart in those with type 2 diabetes.
Twenty-three participants with type 2 diabetes were studied over the course of 12 weeks using HIIT style workouts or continued standard care for diabetes. Measurement of the cardiac structure and function was done using MRI technology, and diabetes control was measured with glucose tests.

Authors of the study concluded, “The data reinforce how important a physically active lifestyle is for people with type-2 diabetes. Our findings also suggest that exercise does not have to be 30 minutes of continuous exercise – repeated short bouts of higher intensity exercise give strong benefits to the heart. Getting more physically active is, quite literally, at the heart of good diabetes control.”