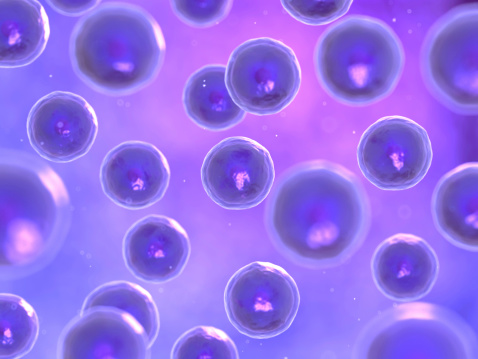 In what is being seen as a major breakthrough in stem-cell research, scientists at The University of Nottingham have discovered a fully synthetic substrate that has the potential to grow billions of stem cells. The full details of the study are published in the academic journal Advanced Materials.

Researchers have been searching for polymers that can be pluripotent (capable of differentiating into one of many cell types). According to the researchers, to replace five billion damaged heart cells, (typical damage for those suffering a heart attack), they would need to have at least 15-25 billion stem cells ready. The extra cells would be needed in case some of the stem cells do not adapt, or die in the transfer process.

Stem cells could be mass produced for an array of diseases from macular degeneration to cirrhosis of the liver. Alexander said the research of regenerative medicine is still in clinical trials. He said they are paving the way for the manufacturing of cells for when therapies are approved.

The research team has found a man-made material, which could be an off-the-shelf product for clinical use in the treatment of the heart, liver and brain. The advantage of this material is that it is free from possible contamination and batch variability.

According to Denning, whose area of expertise lies in cardiac stem cell research, stem cell research grown by leaps and bounds since 1998. In some states, people are already receiving stem cells derived eye cells for eye disorders. Denning acknowledges that clinical trials are still in the very early stages, but he hopes “once this product is validated by the regulators and gets commercialized,  it could be helping patients on a large scale in two to three years.”

While researchers are tight-lipped about the material they are using, they said it has shown great promise in the lab. The next step is to tie-up with a commercial partner to test this lab based discovery on a larger scale.