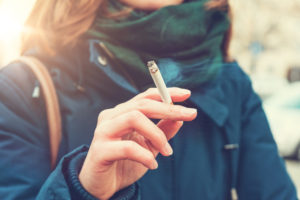 Are there certain behaviors that can shorten your life? Of course there are. But what are they? Activity levels and diet are often discussed, but they aren’t the only things that can influence mortality risk.

New research points to a major factor that contributes to the likelihood of an early death: stress. Although it isn’t necessarily identified as the cause, the research highlighted a number of activities that lead to a shorter life.

Many of them appear to be either high-stress situations or coping mechanisms.

They collected data on over 13,600 U.S. adults between 1992 and 2008. They then looked at behavioral factors among those that died between 2008 and 2014. The top 10 lifestyle factors associated with early death were:

The top-10 have a clear association with stress. Stress can manifest in a number of ways, including increased inflammation, poor sleep, high blood pressure, and compromised immunity.

What makes this study unique is that it is not just a brief snapshot of people’s lives. Rather, it takes a long-term look (16 years) at how these various factors influence people.

Divorce, loneliness, financial difficulties, and unemployment are all high-stress situations. In response, they could lead to increased drinking as a coping mechanism, as well as leading to negative outlooks and low levels of life satisfaction.

Stress relief is multifaceted and often much easier said than done. Some practices that have been associated with stress relief and other health benefits include tai chi, yoga, mindfulness, exercise, positive social interactions, hobbies, and acknowledgement/presence.

A healthy diet, less caffeine, and lower levels of alcohol are also helpful in reducing stress and its effect on the body.