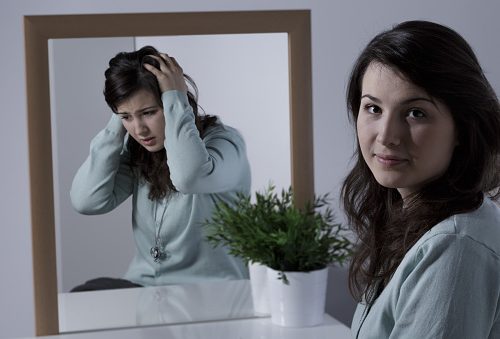 In an article published in the journal Science, neuroscientists from Cardiff University claim to have finally understood how a gene influences healthy brain development.

To be more specific, the scientists have identified a critical function of schizophrenia’s “Rosetta Stone” gene. This discovery could open up new avenues to decode the function of all genes involved in the disease.

Schizophrenia affects around 1% of the global population and an estimated 3.5-million people in the U.S. are affected by the condition. The projected cost of schizophrenia to society is about $62.7 billion a year.

Schizophrenia is a disease that typically begins in early adulthood; between the ages of 15 and 25. Men tend to develop schizophrenia slightly earlier than women; In fact, the incidence in women is higher after age 30. The onset of Schizophrenia is rare for people under 10 years of age, or over 40 years of age.

Previous studies revealed that when mutated, the gene, also known as ‘disrupted in schizophrenia-1’ (DISC-1), is a high-risk factor for mental illness including schizophrenia, major clinical depression and bipolar disorder.

The aim of this latest study was to determine if DISC-1’s interactions with other proteins, early on in the brain’s development, would affect the brain’s ability to adapt its structure and function in later life.

Earlier studies also showed that many synaptic-protein-creating genes were strongly linked to schizophrenia and other brain disorders, but so far, the reasons have not been understood.

The current study provides a bit more clarity. Kevin Fox and his team from Cardiff University’s School of Biosciences, found that the DISC-1 gene first needs to bind with two other molecules known as ‘Lis’ and ‘Nudel’ to facilitate healthy development of the brain’s synapses to take place.

As a consequence, the brain would lose its ability to form coherent thoughts and properly perceive the world around it.

Preventing DISC-1 from binding with ‘Lis’ and ‘Nudel’ molecules, when the brain was fully formed, showed no adverse effects in later life. But failure to bind with these two molecules when the brain is not properly developed — to be more precise, one week after birth — had an irreversible effect on the brain’s development.

Thanks to the findings, researchers said they hope they can target the weak period in the early stages of the brain’s development for future efforts in reversing schizophrenia.

“The challenge ahead lies in finding ways of reversing the problem during adulthood by returning structure and function to the brain,” said Fox. “This, we hope, could one day help to prevent the manifestation or recurrence of schizophrenia symptoms altogether.”