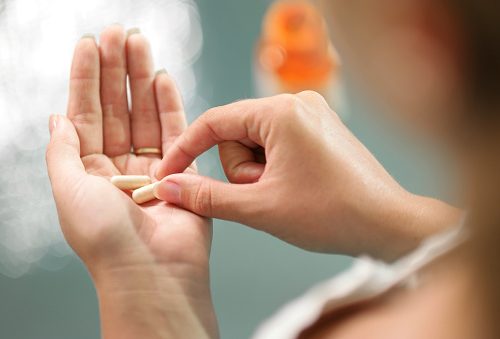 Getting all the benefits of exercising without actually working out, needn’t be a dream anymore.

Researchers from the University of Southampton in Britain have developed a molecule that mimics exercise. According to researchers, the molecule could be a breakthrough in the treatment of Type 2 diabetes and obesity.

Temporarily dubbed “compound 14,” the new molecule is able to mimic the cellular events that happen in a cell during exercise. It does this by inhibiting the function of a cellular enzyme (ATIC), that is actively involved in cellular metabolism and also plays an important role in insulin signaling.

When the function of ATIC is inhibited it ends up with the build-up of a molecule called ZMP in the cells. Now the increase in ZMP, also known as master regulator of metabolism, activates the cell’s central energy sensor, known as AMPK. Once AMPK is activated, the cells assume they have run out of energy.

To ensure the ‘perceived’ need for energy, the cells compensate by increasing their glucose uptake and metabolism.

The researchers found that activating AMPK in laboratory mice with compound 14 led to a reduction in fasting blood glucose levels, improved glucose tolerance and even promoted weight loss.

In the study, the molecule was given to two groups of mice. The difference between the two groups was that one fed a normal diet and the other was fed on a high-fat diet making them obese and impairing their glucose tolerance.

When the mice with a normal diet were treated with compound 14, their blood glucose levels and weight remained normal. However, in the obese mice, a single dose of compound 14 helped bring the elevated blood glucose close to near normal levels. Furthermore, a daily dose of compound 14 administered for seven days to the obese mice resulted in improved glucose tolerance and a 5% reduction in body weight. The weight of the normal mice did not change.

The results of their study are published in the journal Chemistry and Biology.

Previous studies have showed that by selectively activating AMPK, and increasing the uptake and usage of glucose and oxygen by cells, we can benefit greatly in the treatment of several diseases,

According to lead researcher, Ali Tavassoli, Professor of Chemical Biology at the University of Southampton, “Compound 14, which activates AMPK by altering cellular metabolism, holds much promise as a potential therapeutic agent.”

In contrast to current treatment of type 2 diabetes where, some people can even end up with weight gain, this new molecule seems to reduce glucose levels and at the same time decrease body weight. Researchers noted this was for obese people only.

The researchers’ next goal is to examine the effect of “compound 14” in long-term treatment and its mode of action in improving glucose tolerance and in reducing body weight. If its long-term efficacy and safety are established, a drug could be developed around compound 14 to help people with diabetes and obesity manage their condition better.