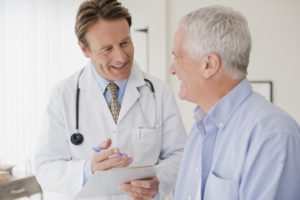 Have you ever been convinced that a treatment protocol prescribed by your doctor just didn’t work? A new study suggests you could have been on to something.

In an attempt to create a comprehensive list of ineffective or outdated medical procedures, devices, and practices, a research team looked at over 3,000 articles from three well-known medical journals spanning 15 years. They found there were 396 reversals indicating the initial published results were not accurate, repeatable, or effective.

But that doesn’t stop doctors from believing in them and potentially using them to treat a variety of illness. After all, everybody’s got an opinion.

The research team found that the most highly represented category in the reversed studies focused on treatments for cardiovascular disease (20 percent). Penetrative medicine and critical care represented the second and third largest contingents.

They identified developments known as “medical reversals.” This is a term used to describe treatments, procedures, or devices that are no more effective than what previously exists. Discredited practices are rarely identified and surprisingly difficult to track, which served as part of the motivation for the study.

Other motivations are that ineffective practices put patients at risk and can be extremely expensive. Money is often allocated for testing or creating products that have proven ineffective, boosting healthcare costs not just for patients but for governments and private organizations, as well as other institutions.

Another problem is that it can be challenging to convince a doctor that has faith in a particular practice that it is ineffective. For example, one of the study’s authors notes a trial in the 1980s designed to look at treatments for heart arrhythmia. The Cardiac Antiarrhythmic Suppression Trial (CAST) looked at the current medicines of the day vs. placebos. Many doctors refused to place their patients on a placebo, even though the trial eventually found the medication was far more deadly.

You trust that your doctor is up to date with the most effective treatments, but the reality is that they might not be. It can be difficult to keep track of all the developments, and let’s face it: some people can be stuck in their ways. If you don’t think your treatment is working, or even just for peace of mind, it might be worthwhile seeking a second and third opinion when it comes to healthcare.