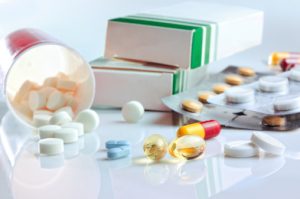 he ReDO (Repurposing Drugs in Oncology) project is an international collaboration between the Anticancer Fund based in Belgium, and the US based GlobalCures. Their mission is to find untapped sources of novel treatments for cancer in existing and widely used non-cancer drugs.

Their latest target is Diclofenac, a common painkiller. The ReDO researchers confirm that this common painkiller has significant anti-cancer properties. The full details of their study and its results are published in the open-access on-line journal ecancermedicalscience.

Like other drugs undertaken by the ReDO project, diclofenac is inexpensive, readily accessible, and backed by safety test. It is a well-known and widely used NSAID (non-steroidal anti-inflammatory drug) that is used to relieve many common pain conditions like joint pains, headaches, acute gout and post-surgery pain.
Previous studies showed that NSAIDs could play a role in cancer prevention, but the current study shows that these drugs could go one step further and actually help treat cancer. For example, diclofenac when takin in combination with radiotherapy or /and chemotherapy may improve their effectiveness.

Based on their findings, the ReDO researchers believe they have more than sufficient evidence to start clinical trials on the use of diclofenac in cancer treatment.

What surprises the study author, author Pan Pantziarka, PhD, who is member of the ReDO project and the Anticancer Fund, is that in spite of all the advancements in modern medicine, there is so little understood about common drugs like Diclofenac in the treatment of cancer. However, he is hopeful that studies like the current one on Diclofenac will open the eyes of the medical establishment about such drugs, which act as multi-targeted agents, especially when it comes to cancer and oncology.

The study shows that diclofenac has multiple mechanisms of action of diclofenac, particularly with relation to angiogenesis and the immune system. Based on these finds alone diclofenac could well be drug with huge potential to treat cancer in the perioperative period.

“After all, it is the metastasis (secondaries) and not the original primary disease that most often kills patients.

The authors also theorize that diclofenac may have actions, which synergise with the latest generation drugs in the anticancer armoury.