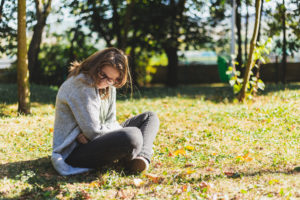 Urinary tract infections (UTIs) can cause real burning pain for women. They are not only extremely irritating, but they are a major hindrance to your quality of life. And unfortunately, if you’ve had one, you’re quite likely to get another. Especially if you’re post-menopausal.

Recurrence rates for UTIs among post-menopausal women hang around 55% and are typically treated with antibiotics. Unfortunately, repeated rounds of antibiotic treatment can lead to resistance, altered gut health, and potential impairment in immune response.

But why do UTIs recur, and what is causing them? Recent research from the University of Southwestern Texas (UTSW) in Dallas found that several species of bacteria get inside the bladder’s surface area to cause infection.

To arrive at this conclusion, they looked at 14 post-menopausal women with recurring UTIs.

As the most common bacterial infection for women, finding new UTI treatment techniques is welcome and likely overdue.

Current treatments do not work for all women. Identifying specific bacteria responsible for infections, however, may lead to more targeted and effective techniques.

With bacterial populations seeming to play a significant role in UTI development and recurrence, finding ways to alter people may be central in both treatment and preventative measures. And although several factors can play a role in such populations, some may be modifiable.

There is some evidence, for example, that probiotics and vitamin C may play a role in UTI risk. One small study found that taking vitamin C, probiotic supplements, and cranberry juice could be a safe, effective treatment.

It is also possible that Lactobacilli probiotics may help. This bacterial strain may prevent harmful bacteria from attaching to called along the urinary tract and creating a less favorable environment for potentially infectious bacteria to exist.

The efficacy of these methods, at this point, is unclear, yet there is some potential that they may work.

Other potential preventative measures for UTI include: