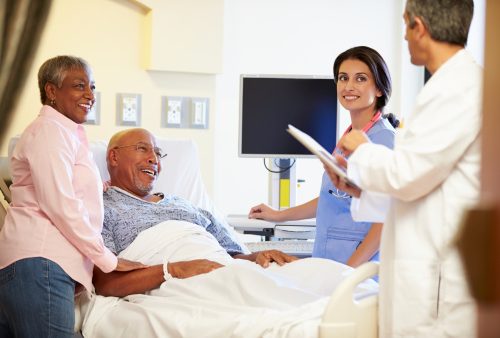 Researchers have found that being married may aid in the recovery of heart surgery patients better than being widows, separated or divorced individuals. The study also revealed that those who never married had a 40 percent higher risk of death or disability during the first two years after heart surgery.

Study author, Dr. Mark Neuman, said, “People who were married had fewer decreases in functional status compared to people who were widowed, divorced or separated.”

The researchers collected data from 1,500 men and women. Every two years the participants answered questions about health, disability and family structure. The type of cardiac surgery was unknown to the researchers.

The researchers found that marital status was strongly linked with a risk of death or the development of a new disability within two years after surgery. Neuman did caution that the findings only reveal an association and not cause-and-effect.

Neuman suggests that married individuals have better outcomes after cardiac surgery because they receive greater social support from their spouse. Dr. Hui Liu from the University of Michigan suggested the findings reaffirm previous research and added, “This adds to the general picture of the advantages of married people relative to the unmarried people, especially the divorced/separated and widowed, by extending to a more specific health outcome, a postoperative functional recovery.”

Liu continued, “Married people may enjoy the support, assistance and regulation of health behaviors from their spouse, which are generally not accessible to the unmarried people. This may explain some of the differences.”

Liu also pointed out the quality of the marriages was unknown, which could have an effect on the results as well. She concluded, “The marriage link to health outcomes really depends on the quality of the marriage. A good quality of marriage provides support, care and assistance, which are good for health. A bad quality of marriage increases exposure to conflict and stress, which would hurt health. One of my recent studies actually showed that negative marital quality is associated with more types of cardiovascular risk than is positive marital quality.”

The findings were published in JAMA Surgery.