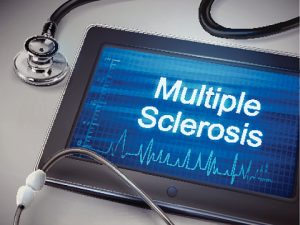 The Food and Drug Administration (FDA) has issued a warning to people taking the immunomodulator drug, Gilenya, for the treatment of multiple sclerosis (MS).

PML is a rare and serious brain infection caused by a virus. The John Cunningham virus is a common virus that is harmless in most people, but can cause PML in some patients whose immune system is compromised.

Symptoms of PML can vary from patient to patient and may include progressive weakness on one side of the body; confusion, clumsiness; vision problems; personality changes, poor memory, and disorientation. The symptoms can progressively worsen and could lead to severe disability or death.

In some asymptomatic cases, an MRI scan may detect telltale lesions in the brain.

Novartis, the company that manufactures Gilenya, recently sent a drug safety communication to the FDA about two patients, one with PML and one patient with probable PML reported during Gilenya treatment.

The patient with probable PML did not have clinical signs or symptoms suggestive of PML, and was diagnosed based on MRI findings compatible with PML, and the presence of the John Cunningham virus in the cerebrospinal fluid.

The other patient was diagnosed with definite PML based on characteristic symptoms, MRI findings, and John Cunningham virus in the cerebrospinal fluid. Gilenya treatment was stopped in both patients.

Both these cases are the first cases of PML reported in people taking Gilenya who had not been treated previously with other immunosuppressant or immunomodulator drugs. This has prompted the FDA authorities to pinpoint Gilenya as the chief causative factor for PML in these cases and add information about these cases to the Warnings and Precautions and Patient Counseling Information sections of the drug label.

In a previous drug safety communication, clinical details of a patient who developed PML after taking Gilenya was reported. But in that case PML could not be conclusively linked to Gilenya because the patient had been treated with an immunosuppressant drug, prior to Gilenya treatment. Also while taking the Gilenya treatment the patient also received multiple courses of intravenous corticosteroids, which could have weakened the immune system.

The FDA recommends patients taking Gilenya to contact their health care professionals right away if they experience symptoms of PML.

While patients are advised not to stop taking Gilenya without first discussing it with their health care professionals, doctors are advised to perform a diagnostic evaluation if PML is suspected, and stop prescribing Gilenya if PML is confirmed.

Healthcare professionals and patients are encouraged to report adverse events or side effects related to the use of Gilenya to the FDA.