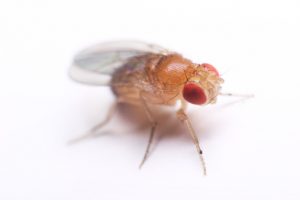 In what seems like an article from “Ripley’s Believe It Or Not,” it has been found that radiation could actually be good for you. Scientists at the Moscow Institute of Physics and Technology have revealed that weak doses of gamma radiation prolong the life of fruit flies with female flies benefiting more than males.

The results of these studies could pin-point the genes that help prolong life, which in turn could be used to create new avenues for anti-aging in humans.

The details of this study are published in the illustrious scientific journal PLOS ONE.

A team of scientists from the Laboratory of the Genetics of Aging and Longevity at MIPT, Syktyvkar University, the Engelhardt Institute of Molecular Biology at the Russian Academy of Sciences, and the Komi Research Center, is studying the mechanism of radiation hormesis; the effect by which a little stress can have a stimulating effect on an organism and enable it to live longer.

To explain how hormesis works, the lead author of the article Svetlana Zhikrivetskaya, said, “Small doses of poison or the moderate influence of other stress factors affect the organism in such a way that the stimulation effect overcomes the harm. As a consequence, this can lead to an increase in life expectancy.”

Over the past few years, the scientific community has been actively studying the effect of radiation hormesis by looking for beneficial effects of weak doses of ionizing radiation. A number of experiments done in mice and cell cultures have shown an improvement of life expectancy indicators ‘under radiation.’

The team of researchers, led by Alexey Moskalev, had previously established that the radiation increased the life expectancy on the larvae of fruit flies. They also established that the larvae become more resilient to stress, like overheating. The team followed up that research with the new one which studied the effect of gamma radiation effects on adult fruit flies, paying special attention to the way the activity of the various genes changes.

Fruit flies were used for the study so the tests could be completed faster, cheaper and more simply than those conducted on mice and other animals.

For the study, the team analyzed about one thousand male fruit flies and one thousand female fruit flies. Another two thousand fruit flies were used as the control group. The test group of fruit flies were separated into four sub-groups, and then each group was given their dose of radiation from a radium 266 source. It must be noted here that unlike humans, adult flies can bear radiation well. Therefore, doses of tens and hundreds of grays (a measurement for absorbed radiation) which could make people sick, do not really affect the flies.

The results of the study confirmed the theory of the scientists; if radiation can increase the life expectancy in the larvae, it must be able to do the same in adult fruit flies. The results showed that there was a 7.6 percent increase of life expectancy in the female fruit flies, and a 3.4 percent increase in their male counterparts. Given that an adult fruit fly usually lives for about two months, the radiation increased their life span by a whole week on average.

The team is planning future research radiation hormesis in other living organisms, mice in particular. In the long run, they hope to find methods of extending human life expectancy.